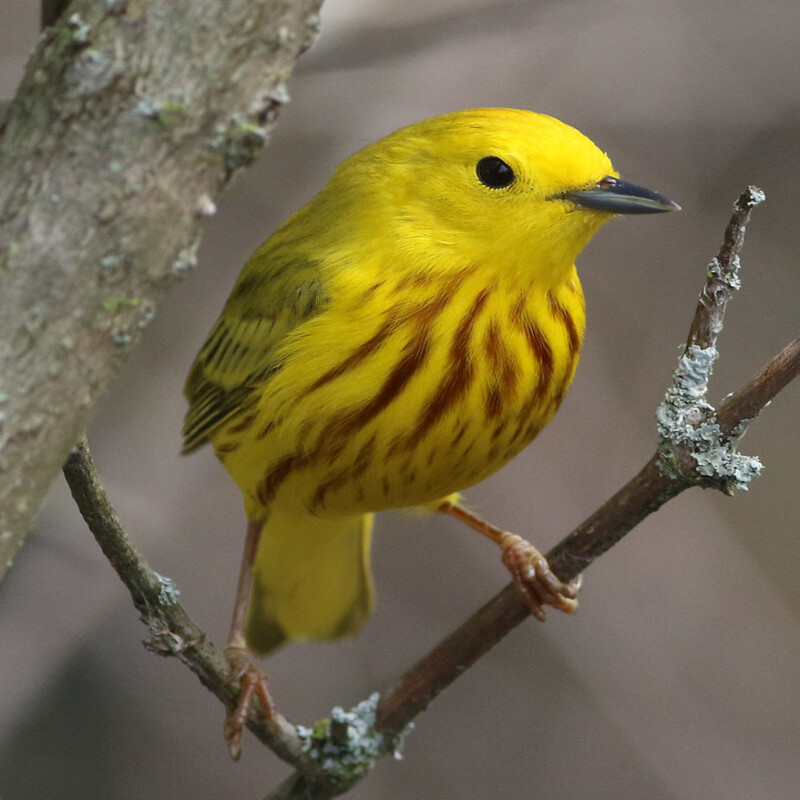 The yellow warbler (Setophaga petechia) is a New World warbler species. Yellow warblers are the most widespread species in the broad genus Setophaga, breeding in practically the entire of North America, the Caribbean, and down to northern South America.

Small warbler with olive-yellow upperparts and brilliant yellow underparts with rust-brown streaks on breast, sides. Wings are dark. The tail is dark with yellow-tinged margins. The Female lacks stripes on the breast. The Golden group has an olive-brown crown.

Yellow Warblers consume largely insects, therefore they don’t come to backyard feeders. Larger yards that have tiny trees or are near streams may provide nesting habitat for these birds.

Aptly named, the Yellow Warbler is found over much of North America in environments loosely characterized as damp, deciduous thickets.

As usual for members of the Parulidae, yellow warblers nest in trees, creating a small but very robust cup nest. Females and males nurture the young nearly equally, but emphasize distinct tasks: females are more involved with building and maintaining the nest, and incubating and brooding the chicks. Males are more involved in defending the nest site and acquiring food, bringing it to the nest, and delivering it to the waiting mother, which handles most of the actual feeding. As the young approach fledging, the male’s workload grows proportionally higher.

Distribution of the Yellow Warbler in the USA

Breeds from Alaska east to Canada to Newfoundland and south to southern California, northern Oklahoma, and northern Georgia. Spends winters in Mexico south to Panama and the tropics.