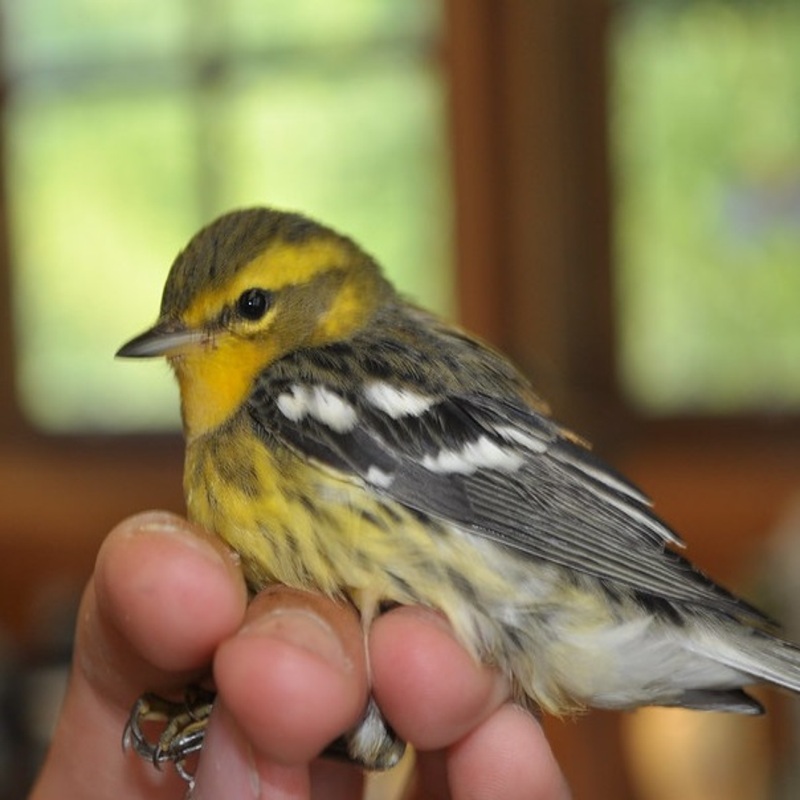 The Blackburnian warbler (Setophaga fusca) is a tiny warbler native to the New World. Blackburnian warblers are migratory birds that spend their winters in southern Central America and South America. They are extremely rare vagrants to western Europe.

Yellow-orange head, black cap, cheek patch, and orange throat characterize this medium warbler. The upper parts are black with white stripes, while the underparts are white with black streaking on the flanks. White patches are noticeable on the wings. The tail is black with white tail feathers on the outer feathers.

These birds are primarily insectivorous but will consume berries during the winter. They typically forage in treetops, looking for insects or spiders. During the breeding season, their diet is dominated by larvae of the Lepidoptera order, which includes moths and butterflies.

Typically, blackburnian warblers fly in mixed-species flocks. Typically, each flock contains between one and two blackburnian warblers, but it can contain up to seven. Apart from foraging in close proximity to one another, they are not particularly social with other species. They have adapted to coexist with other species and avoid direct competition by remaining in the top third of the tree canopy and foraging and nesting on the outside of the branches, a process known as niche partitioning.

Distribution of the Blackburnian Warbler in the USA

Breeds from Alberta to Newfoundland, south to the Great Lakes, southern New England, and north to northern Georgia along the Appalachian Mountains. Winters in South America’s tropics.