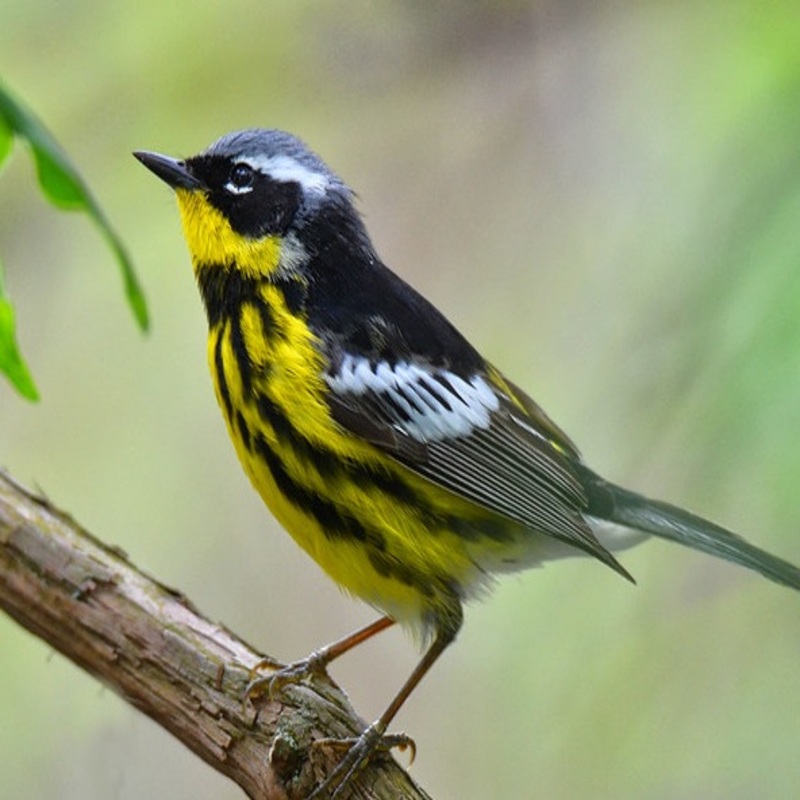 The magnolia warbler (Setophaga magnolia) is a wood warbler species belonging to the Parulidae family. This is a little New World warbler.

A medium-sized warbler with a dark back, yellow rump, and yellow underparts striped with black. The crown is blue-gray, while the neck is yellow. Dark wings with two white bands. The tail is dark with white patches and covers on the underside. Black is the color of the bill, legs, and feet.

On their breeding areas, Magnolia Warblers feed primarily on insects. When abundant, caterpillars, particularly spruce budworms, are a prominent feature of males.

Though it has fairly definite habitat preferences during the breeding season, the Magnolia Warbler winters in a wide variety of habitats, including cacao plantations, orchards, woodlands, and thickets, from sea level to 5,000 feet.

Men are very active in this species, aggressively pursuing other males and females, even during migration. Despite its high population density and visible activity, the Magnolia Warbler has received research, and many elements of its breeding biology remain unknown.

Distribution of the Magnolia Warbler in the USA