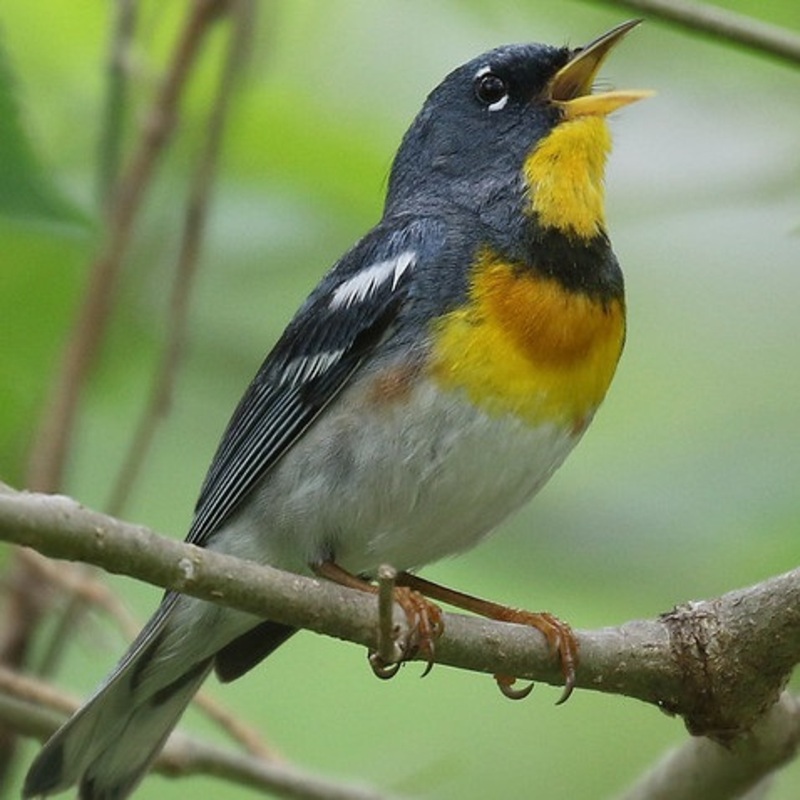 The warbler is small and compact, with blue-gray upper parts and a bronze-green back patch. Yellow throat and breast, chestnut-brown and black breast band, white belly, and under tail coverts. The white eye ring is damaged. Blue-gray wings with two white bands. The tail is notably shorter than the rest of the body.

Northern parulas are found in a variety of environments, depending on the season and location. Although this species is largely a woodland dweller, the northern and southern breeding populations prefer distinct settings. Pasturelands; damp, dry, or wet woodlands; and agricultural fields or plantations are examples of these environments.

Typically located 4-50′ above the ground in a hollow carved in hanging tree lichens (Usnea) or Spanish moss. When lichens or Spanish moss are not available, dangling clumps of twigs or pine needles may be used, or debris left by floods may be placed in branches hanging over the stream.

Distribution of the Northern Parula in the USA

Breeds from southeastern Canada to the Gulf coast and winters in the tropics, including the West Indies and southern areas of Mexico.