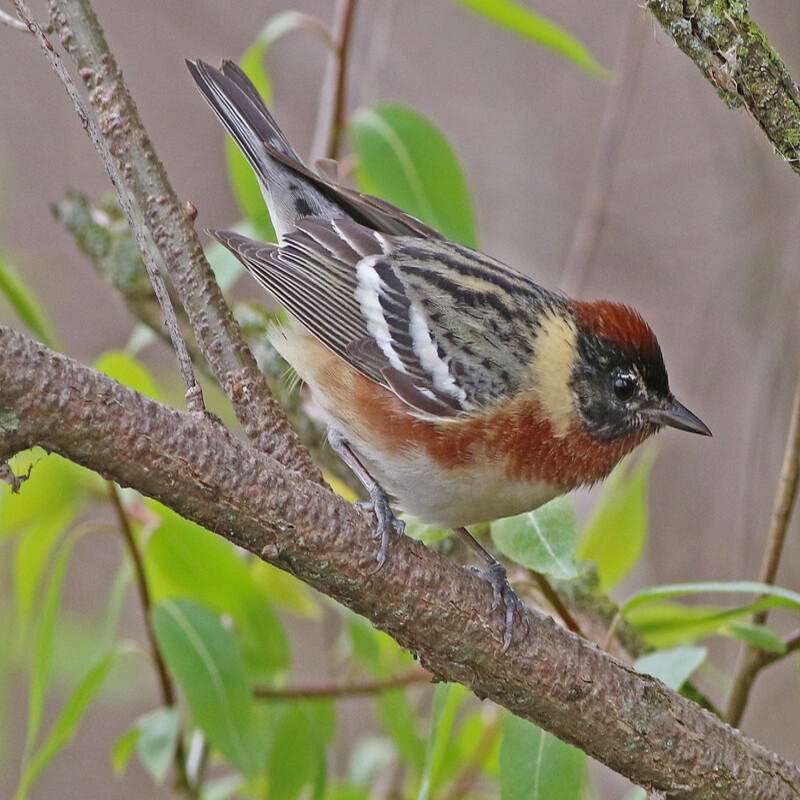 The bay-breasted warbler (Setophaga castanea) is a tiny songbird species belonging to the Parulidae family of New World warblers. It is one of thirty-four species of the genus Setophaga, which is quite varied. As is the case with all songbirds, or passerines, the species is categorized as a member of the Passeriformes order.

Dark-streaked gray upperparts and buff underparts with chestnut-brown spots on the chin, throat, breast, and sides characterize this medium-sized warbler. The head is dark brown in color with a black mask. Black wings with two white bands. It is a big warbler.

Bay-breasted warblers feed mostly on insects and spiders during the breeding season, particularly the spruce budworm. These are gathered from plants and are never captured on the wing.

Bay-breasted Warblers breed primarily in mature boreal spruce and fir woods, but also in other coniferous trees such as hemlock or pine, as well as in mixed birch and maple forests.

Distribution of the Bay-Breasted Warbler in the USA

Breeds in northeastern British Columbia and the Northwest Territories and extends east to the Maritime Provinces and south to the northern Great Lakes region and northern New England. Spends the coldest months of the year in the tropics.