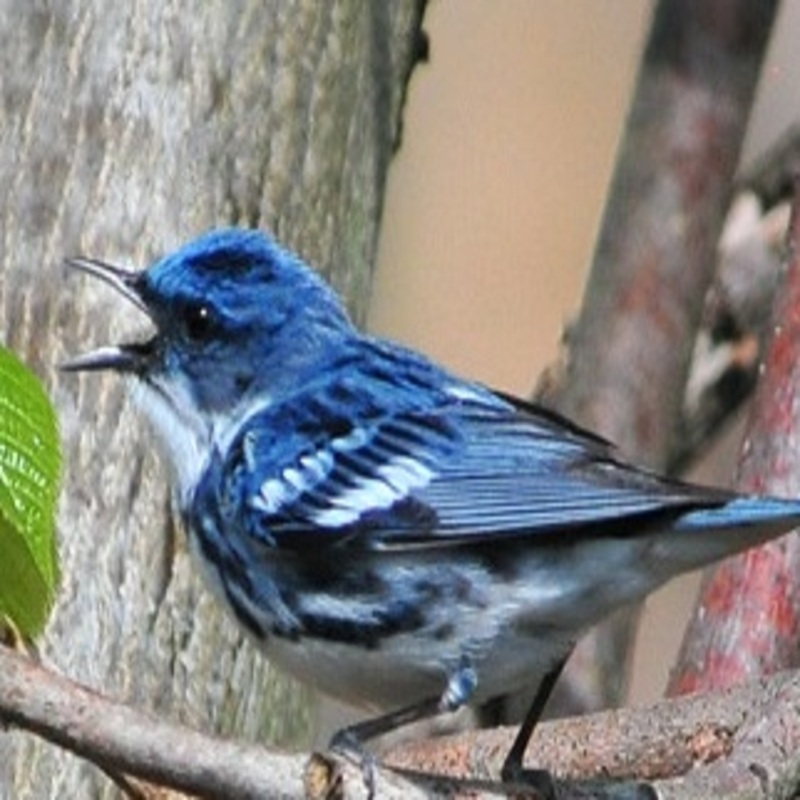 The cerulean warbler (Setophaga cerulea) is a New World warbler that is a tiny songbird. Adult males have a black necklace across the breast and black streaks on the back and flanks, while their upperparts are pale cerulean blue and white. Females and young birds have greyer or greener upperparts, a faint stripe across the eye, no back striping, and no neck. Wing bars and a slender pointed bill are present in all of these birds.

The male is sky blue with black-streaked white flanks and barely streaked upper parts. A white throat and belly are separated by a black border. Two large white bands run across the wings. The female has blue-gray upper parts that are unstreaked, a yellow wash on the forehead and breast, pale flank streaks, and yellow eyebrows. Overall, the immature bird is paler and more olive.

Cerulean Warblers are predominantly insectivorous, consuming flies, beetles, weevils, and caterpillars. They eat some plant stuff in the winter as well. They hop along the canopy’s branches, picking insects from leaves and twigs.

Cerulean Warbler flies between trees in short, direct flights. Male breeders have a reputation for being aggressive, assaulting one another in the upper canopy and grappling with their feet and beak while falling with spread wings and tails. Males maintain territories by engaging in agonistic behavior and singing nonstop. In an Ontario research, territory sizes ranged from.38 ha to 2.4 ha (mean = 1.04 ha), however Breeding Bird Censuses have revealed that smaller territories are conceivable.

Distribution of the Cerulean Warbler in the USA

Breeds from extreme southwestern Quebec and southern Ontario to Minnesota and Nebraska in the west, and from eastern Kansas to South Carolina in the south. Winters in the northern South American montane forests.