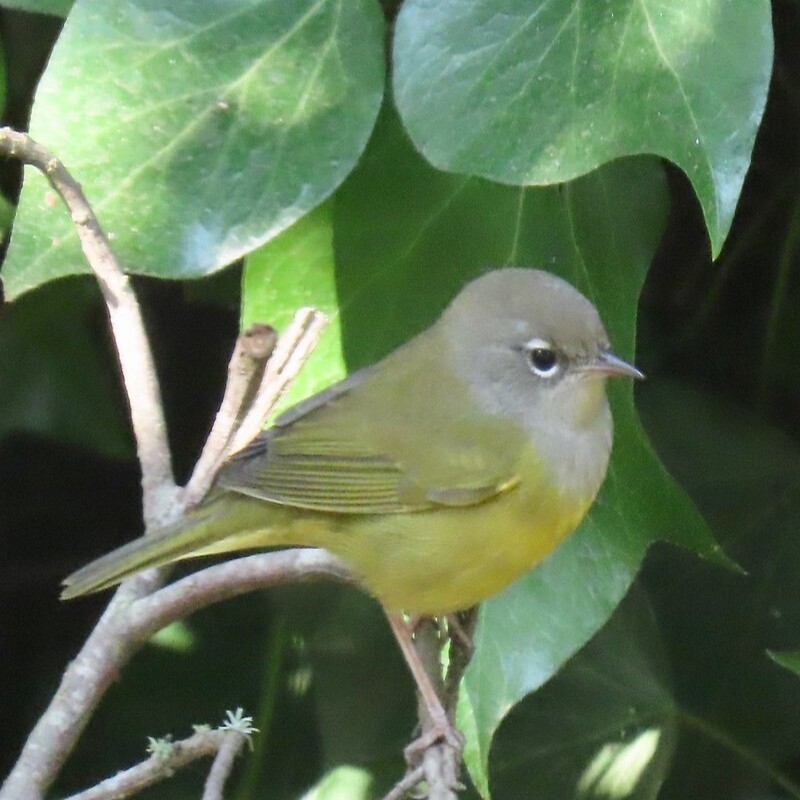 The MacGillivray’s warbler (Geothlypis tolmiei) is a warbler species found in the New World. These birds are lethargic and heavy warblers, preferring to stay on or on the ground most of the time, save when singing.

Olive-green upperparts and yellow underparts distinguish this medium-sized warbler. The white eye-ring has been broken, and the slate-gray hood has been extended over the upper breast, where it darkens to black.

Throughout the rest of the world, prey species include click, dung, and flea beetles, as well as alfalfa weevils and caterpillars.

It forages on or near the ground for insects. It frequently flicks its tail from side to side as it hops.

Distribution of the MacGillivray’s Warbler in the USA

From the Northwest Territories and southeastern Alaska to northern Mexico, this long-distance Neotropical migrant breeds at low to moderate elevations among the Rocky and Sierra highlands.