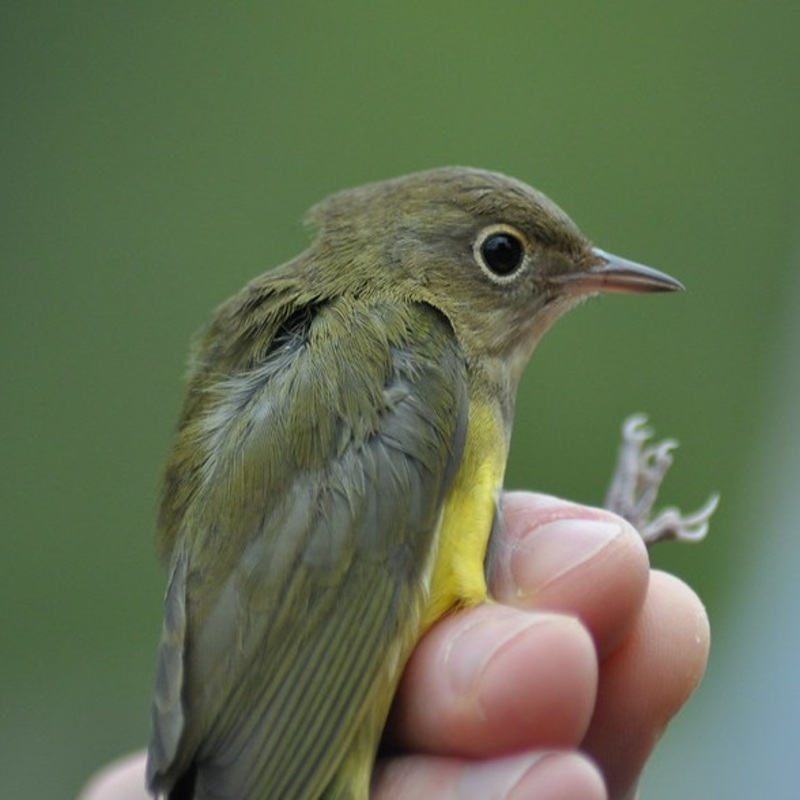 The Connecticut Warbler (Oporornis agilis) is a rare and understudied Neotropical migratory wood-warbler that breeds throughout North America’s southern boreal forest. In most songbirds, vocalizations, in the form of simple to intricate songs, are the principal mode of the signal exchange.

The warbler is a large ground-walker with olive-gray upper parts and dull yellow underparts. The head features a slate-gray hood and a striking white eye-ring.

The Connecticut Warbler is believed to be mostly insectivorous throughout the year, though it does consume some seeds and berries during the breeding season. It feeds on the ground and along low branches, occasionally ascending to higher branches in trees.

Open larch-spruce bogs are preferred habitats. During migration, this species is found in low wet woodlands and damp thickets.

Males build and defend territories ranging in size from around 1/4 hectare (0.6 acres) in the open forest to 1/2 hectare (1.25 acres) in closed forest, where terrestrial arthropod concentrations are lower.

Distribution of the Connecticut Warbler in the USA