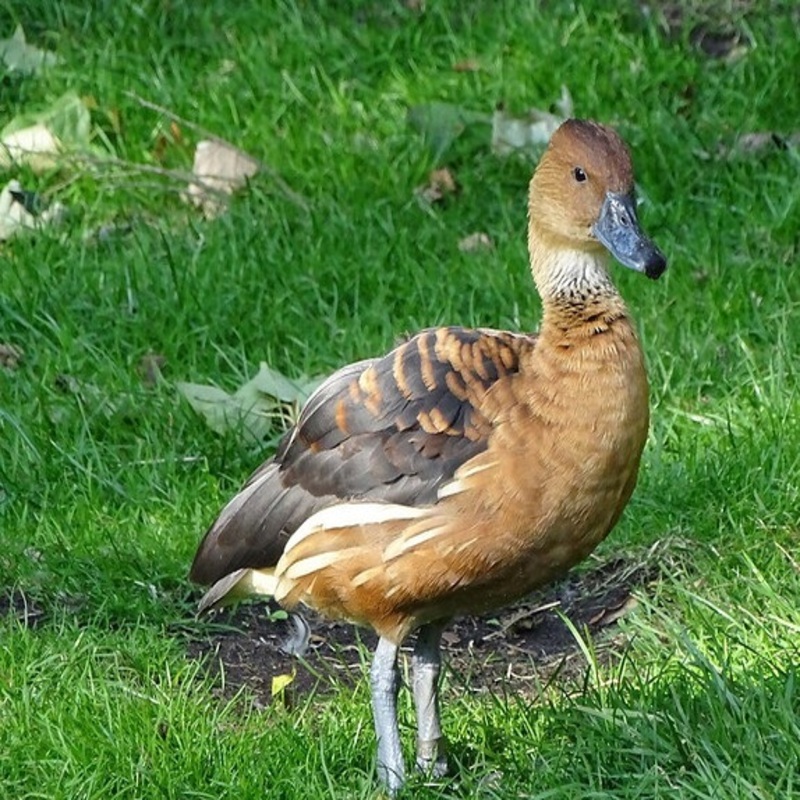 The fulvous whistling duck or fulvous tree duck (Dendrocygna bicolor) breeds throughout the world’s tropical regions, including much of Mexico and South America, the West Indies, the southern United States, sub-Saharan Africa, and the Indian subcontinent.

Despite hunting, pesticide poisoning, and natural predation by animals, birds, and reptiles, the International Union for Conservation of Nature classifies this duck as least concerned+ due to its large population and extensive range.

Long-legged, golden brown with a darker back and a blackish line running down the back of its neck. Their flanks are striped with white, their legs are gray, and their bills are long and bluish-gray.

Generally, the fulvous whistling duck feeds at night. It forages for discarded grain in cornfields and rice fields, gleaning seeds from grasses and weeds. Occasionally, it will suck up plant debris in shallow water.

As is the case with geese and swans, both sexes of whistling ducks have fairly similar plumage. They have a single molt (in contrast to the “real ducks,” which have two); both parents share in brooding the young, and pairs mate for life.

Distribution of the Fulvous Whistling Duck in the USA

The Pacific Coast of Mexico, the Gulf Coast from Texas to Mexico, Florida, and the West Indies are all home to resident species. Additionally, this species breeds in Texas and Louisiana. The western population is dwindling.

The Fulvous Whistling-Duck can be found in the following states in the United States – Alabama, Arkansas, Georgia, Oklahoma, Mississippi, North Carolina, and South Carolina.