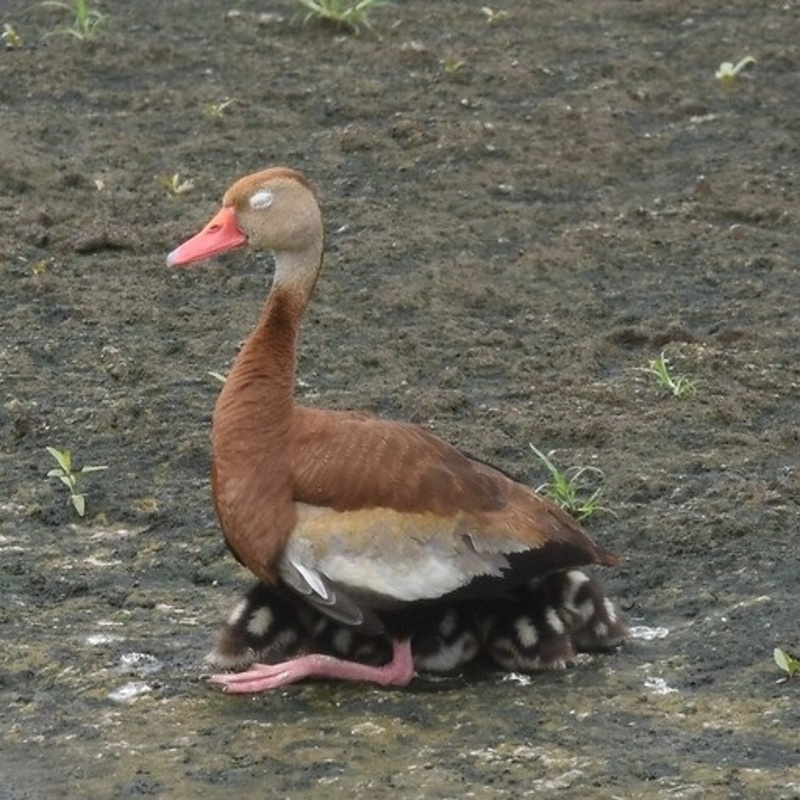 Black-bellied Whistling-Ducks are predominantly dark in color, with a chestnut breast and black belly offset by a bright pink bill and legs, grayish face, and broad white wing stripe visible in flight. Immatures have a duller appearance than adults, with a darker bill, paler breast, and speckled black belly.

While black-bellied whistling ducks, like many other duck species, graze in shallow water and on land, they are distinctive in that they frequently feed at night. They are predominantly herbivorous, feeding on cultivated grain, grasses, and wetland plants.

A magnificently marked, gregarious, and vocal waterfowl. Frequently perches on low snags above water and on dead trees. Feeding this species has grown popular in some locations (such as coastal Texas), with landowners dumping maize near ponds to attract hundreds of whistling ducks.

Distribution of the Black-bellied Whistling Duck in the USA

It is found year-round in peninsular Florida, sections of southeast Texas, coastal Alabama, and Mississippi, and on a seasonal basis in southeast Arizona and Louisiana‘s Gulf Coast. It is a rare breeder in various regions like Arkansas, Georgia, Tennessee, and South Carolina, yet it is becoming more frequent in parts of central Florida.