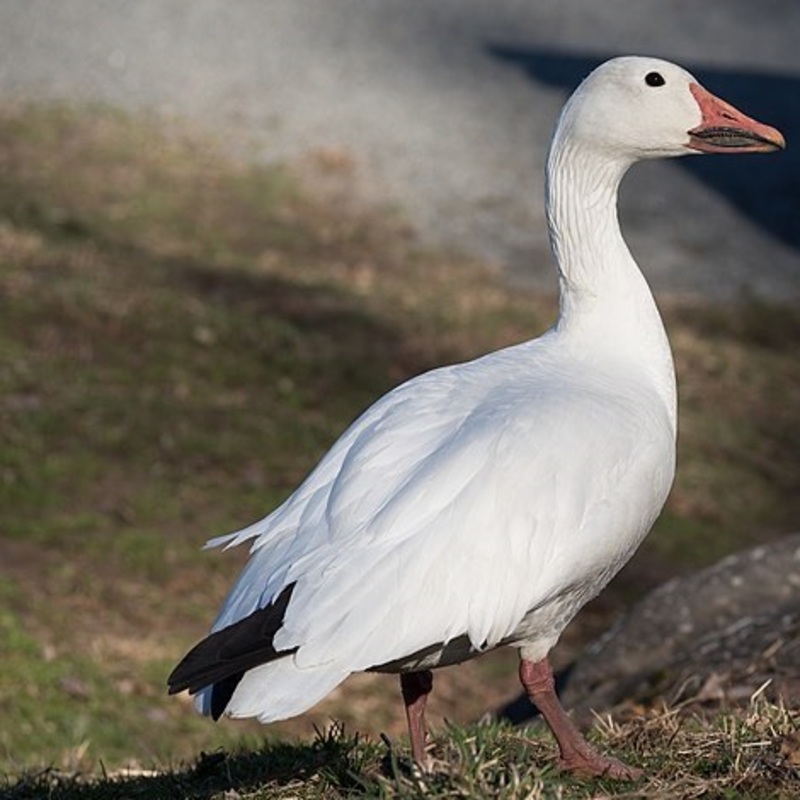 The snow geese (Anser caerulescens) is a North American bird species. There are white and dark variants, the latter of which is frequently referred to as blue goose. Its name is derived from its characteristic white plumage. Previously classified in the genus Chen, the species is now commonly classified in the “gray goose” genus Anser.

Snow geese have two plumage morphs: white (snow) and gray/blue (blue), hence the common names “snows” and “blues.” Immature birds’ feet, legs, and bills have less vibrant colors. The rusty-brown coloration on the head is caused by minerals in the soil where they graze.

Feeds on the seeds, leaves, and roots of a variety of wild grass species, as well as sedges, bulrushes, and horsetails. Goslings that are very young may feed on insect larvae. In the fall, it is possible to consume a large number of berries. Winter flocks frequently graze on crop residue in agricultural fields.

It is a winter visitor to the Atlantic coast of the United States, where it frequents maritime inlets and bays, marshes, coastal plains, and cultivated fields. The Greater Snow Goose is a swift flier on land, water, and air. It is an excellent walker.

Snow geese move in vast flocks and soar at all hours of the day and night. During their trip, they rest and graze on marshes and other wetlands. They often nest in the same spot each year.

Distribution of the Snow Geese in the USA

Breeds in North America’s Arctic areas and eastern Siberia. Winters along the Pacific coast from southern British Columbia to Baja California in the west; also, in the mid-Atlantic and Gulf coasts from Mississippi to Texas.