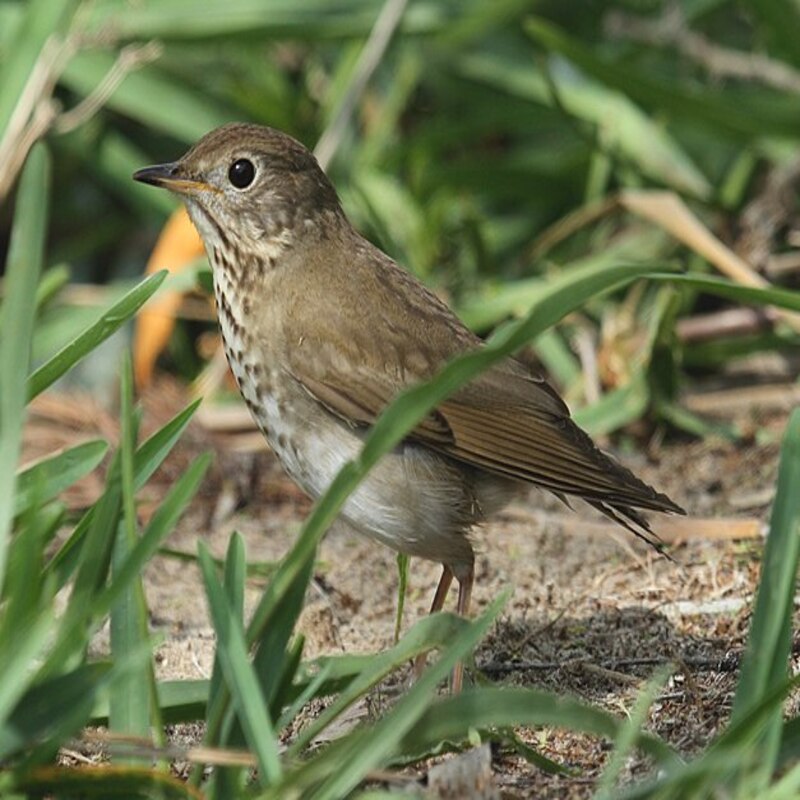 Grey-cheeked thrushes, Catharus minimus are little thrushes. This species has the typical white-dark-white underwing pattern of Catharus thrushes. It is a part of a small group of migratory species that includes the veery and Bicknell’s thrush; combined with the latter, it forms a cryptic species pair. Except for its somewhat bigger size and distinct singing, the grey-cheeked thrush is virtually indistinguishable from Bicknell’s thrush.

Both sexes have a similar appearance and a peculiar song that is extremely high pitched with rapid chippers. Their upper bodies are olive-brown, their faces are gray, and their legs are pink. White underparts with grAy flanks. Additionally, it sports a grAyish, unclear eye-ring with yellow lining in the mouth.

The occupant of northern Canada and Alaska’s boreal forest. Their winter habitat is unknown. They will seek shelter behind huge boulders in poorly vegetated areas of the arctic.

Males sing from a low tree or shrub’s top. They sing mostly during dawn and dusk. Except during the mating season, they occasionally sing during the day.

The best time to see these birds in the United States is during the Spring season (March-May) and during the Autumn season ( September – November).

Distribution of the Gray-cheeked Thrush in the USA

Breeds from northern Alaska to Newfoundland, then south to northern British Columbia, northern Ontario, and central Quebec. During the winters, he travels to Central and South America.