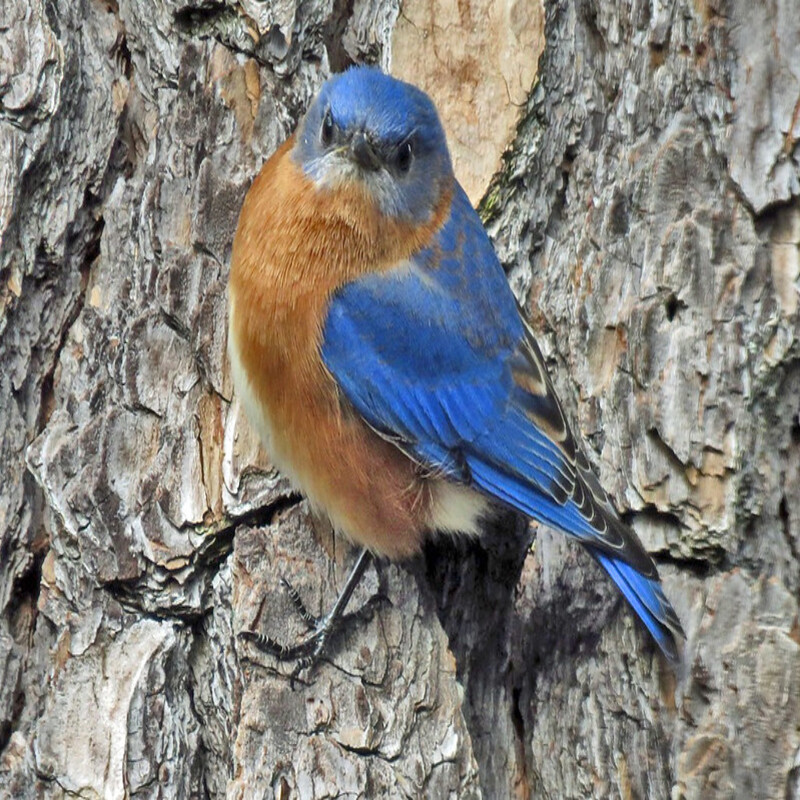 In North America, the eastern bluebird, Sialia siali breeds in open forests, farmlands, and orchards. They belong to the Turdidae family. The male’s striking blue breeding plumage on a wire or exposed perch attracts birders. The male’s cry is a quiet jeew or chir-wi warble or the beautiful tune chiti WEEW wewidoo.

Eastern bluebirds have thin beaks and short legs. They have a blue upper body, red/brown breast, and a white abdomen. Males have blue wing and tail feathers with gray shafts and tips. Their heads are a lighter blue, with a crimson neck and breasts. The breast and belly are white with pale blue feather tips. Females have a similar pattern, but are duller and have more gray than males.

Perching, nesting, and feeding are preferred in open areas with dispersed trees. They frequent parks, gardens, hedges, and other perches. They frequently perch on fences and utility lines.

They can congregate in flocks of 100 or more. But they are territorial. During the mating season, they defend a nesting and feeding region, and a winter feeding territory. Eastern bluebirds migrate. They leave their northern habitats when food becomes limited or when the weather becomes unsuitable. Bluebirds frequently fly from a perch to the ground to gather insects or other prey. This bird’s top speed is 17 mph.

Distribution of the Eastern Bluebird in the USA

Breeds east of the Rockies, from southeastern Canada to the Gulf of Mexico; spends the winter in the breeding range’s southernmost section and into Mexico.