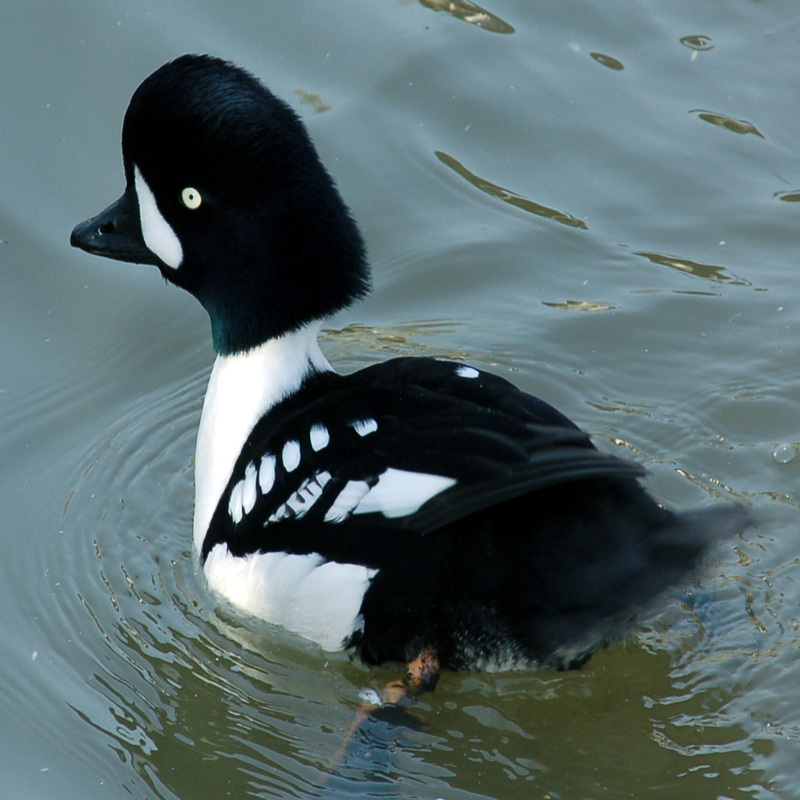 The Barrow’s goldeneye (Bucephala islandica) is a medium-sized sea duck belonging to the genus Bucephala, also known as the goldeneyes. Sir John Barrow was the inspiration for the naming of this bird. The genus name is derived from the Ancient Greek boukephalos, “bullheaded,” from the Greek bous, “bull,” and kephale, “head,” alluding to the bufflehead’s bulbous head shape. The genus name islandica derives from the Icelandic language.

Male Common Goldeneyes also have a green-glossed head rather than a purple-glossed one, wide white upperparts, particularly white scapulars with narrow black lines; male Barrow’s have predominantly black scapulars with white spots and a short black bar extending downward at the breast sides.

Adults and juveniles eat primarily invertebrates, although their diets are drastically different throughout the breeding season (when aquatic insects comprise the majority of their food) and during the winter (when marine mollusks and occasionally fish eggs become major prey items).

Barrow’s Goldeneye breeds in interior freshwater lakes and ponds and was named for British Admiralty official John Barrow (1764-1848) in gratitude of his support for northern exploration. However, similar to other sea ducks (tribe Mergini), it spends the fall and winter on saline water or estuaries along the coast.

Distribution of the Barrow’s Goldeneye in the USA

Breeds throughout Alaska, western Canada, and the northwest United States; it is also found in eastern Canada. Winters from southern Alaska to central California, and locally from southern British Columbia and northern Montana to southwestern Arizona, Utah, South Dakota, Nebraska, and Colorado; also winters along the East Coast.