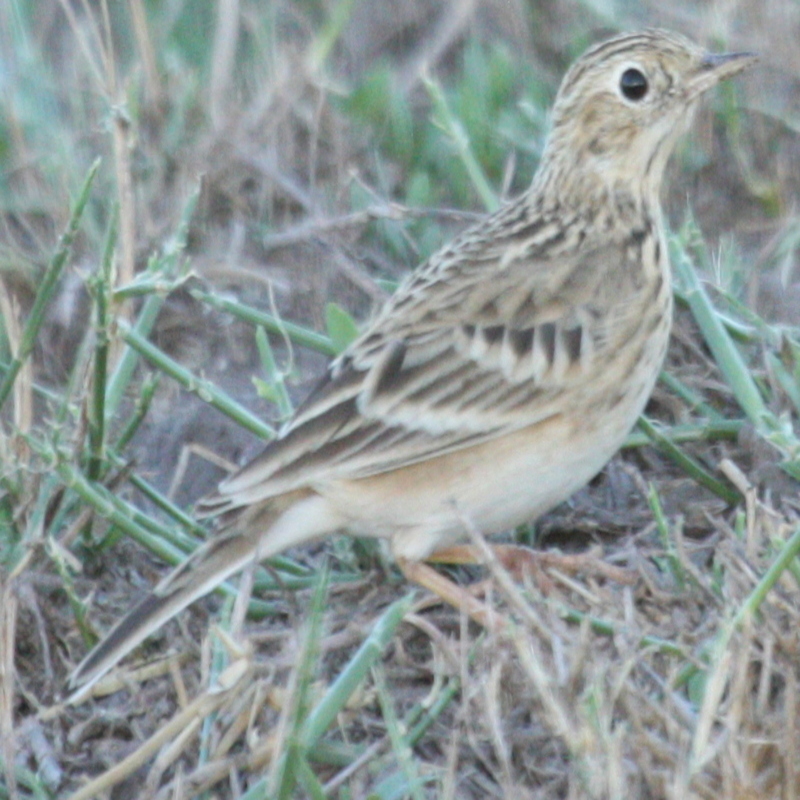 The Sprague’s pipit or the Anthus spragueii is a small songbird that breeds in North American short- and mixed-grass prairies. It migrates to the southwestern United States and northern Mexico for the winter. Sprague’s pipits sing high in the sky, like a goldfinch or skylark. It is easily identified by its distinctive descending song rather than by sight. They are in the Motacillidae family.

Sprague’s pipits are well camouflaged in prairie grasses due to their lack of bright colors. The plumage is tan with white and black streaks, with white outer tail feathers. These pipits have pinkish legs, dark eyes, and a cream-colored beak. During mating season, females gain mass. Young hatch with gray down and transparent skin.

Sprague’s pipits forage or flee predators by running. Male Territory Defense: They fly over the land, singing briefly before flapping their wings. They end the show with a low dive and a high landing.

Distribution of the Sprague’s pipit in the USA

Anthus spragueii breeds in the northern Great Plains, near Saskatchewan and the Rocky Mountains. In addition to the Dakotas and western Minnesota, it is found in Montana and British Columbia. Anthus spragueii winters in northern Mexico and Arizona. Other places where it’s been seen include Massachusetts and Michigan.

The Sprague’s pipit can also be found in the following states in the United States – Arkansas, Louisiana, Mississippi, New Mexico, Ohio, Oklahoma, and Texas.