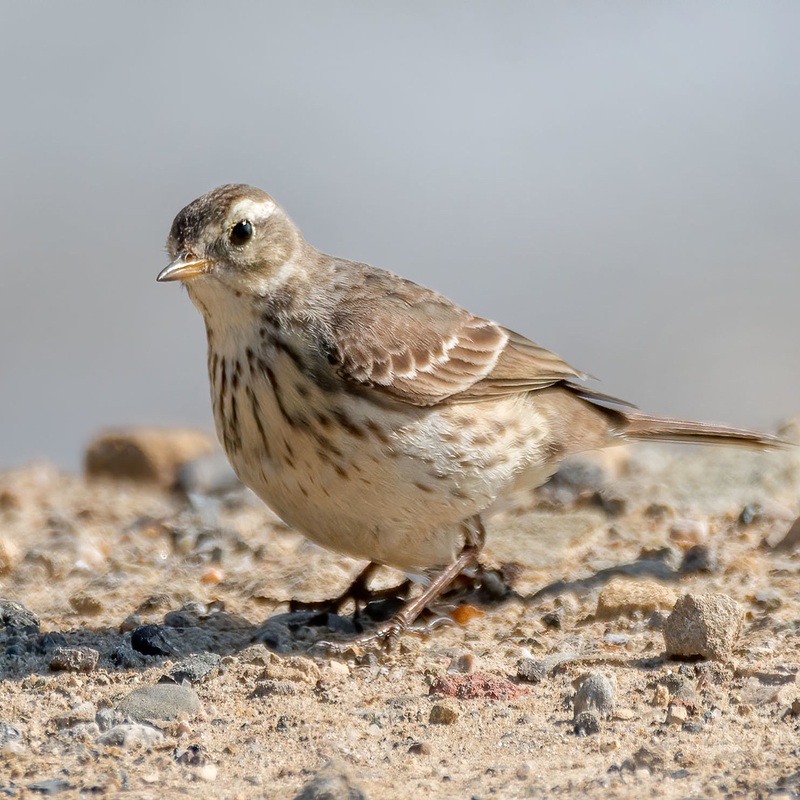 Small songbird found on both sides of the northern Pacific, Anthus rubescens in Latin name. It was previously classified as a water pipit. “American pipit” in North America, “buff-bellied” in Eurasia. It is in the family of Motacillidae.

American pipit is a small bird with gray-brown upperparts and pale buff underparts; the breast is faint to darkly streak, depending on the species. The tail is dark in color with white edges. The black bill is thin and long in appearance. Legs and feet are completely black. This bird can be distinguished from sparrows by its longer bill and its proclivity to wag its tail up and down repeatedly.

It eats insects, spiders, mites, mollusks, crustaceans, and aquatic worms, among other things.

Arctic and alpine tundra, beaches, barren fields, agricultural lands, and golf courses are some of the species’ preferred environments.

This species, like its relatives, is primarily an insectivore. The buff-bellied pipit’s breeding habitat is tundra, but it can also be found in open, lightly vegetated areas outside of the breeding season, which are similar to those that the water pipit likes to frequent.

It has two distinctive subspecies: A. r. rubescens –  American pipit – breeds in northern North America and A. r. japonicus – Japanese pipit or Siberian pipit that breeds in most of the eastern Palearctic.

These species are also called “Buff-bellied.”

Distribution of the American pipit in the USA

The American Pipit has a breeding range of 12,900,000 km2. The list includes Greenland, northern and western Canada, Alaska, and the Rocky Mountains south to Arizona as well. It winters in open habitats in eastern Asia, western and southern North America, and southern Mexico and Guatemala.