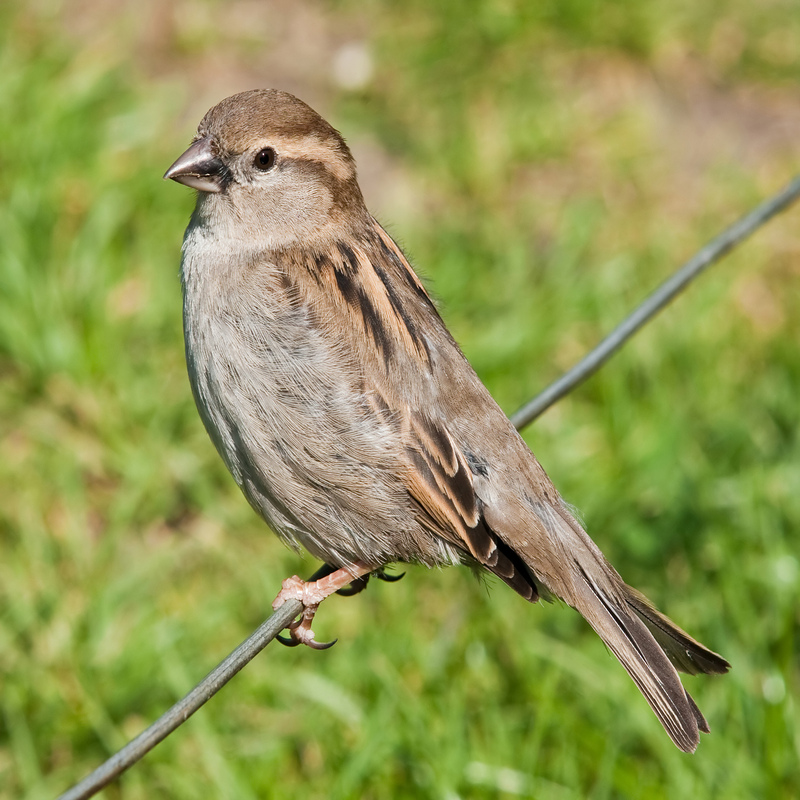 The house sparrow, Passer domesticus is a species of Passeridae found worldwide. Males have brighter black, white, and brown markings than females and young birds. The house sparrow is one of about 25 species in the genus Passer. As a result of its intentional or accidental introductions to many regions, it is the world’s most widely distributed wild bird.

The house sparrow has shorter legs and a thicker bill than native american sparrows. Both sexes have brown backs with black streaks. Its belly is buff. Females lack white cheeks and a black bib. The tail is usually 3/4 the wing’s length.

House Sparrows defend a small territory near their nesting site. This is believed to be a nest site protection, not feeding area protection. Sparrows have been seen threatening and attacking 70 different bird species that enter their nesting territory.

Distribution of the House sparrow in the USA

The House Sparrow is sold globally (excluding the Poles). It is from Asia and Africa. America, Australia, and New Zealand all got it. It arrived in North America in 1851, when 100 English birds were released in Brooklyn, New York.