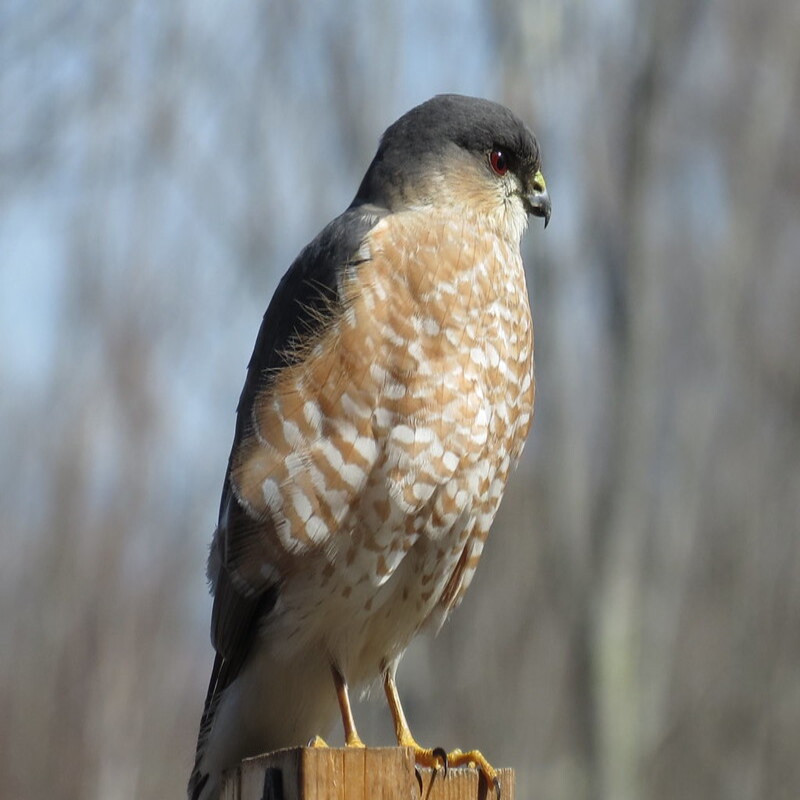 The sharp-shinned hawk, Accipiter striatus, is a small but large-headed hawk that breeds from southeastern Canada and Maine south to northern Florida and west to eastern California; it is partially migratory, with northern birds moving south as far as Central America. It is the only member of its genus Accipiter found in North America in the family of Accipitridae.

Small birds, small animals, and large insects make up 90% of a sharp-shinned hawk’s diet. They frequently catch birds at feeders and nestlings.

Snipes lives in the woods. Pine, fir, and aspen woods (among others). They hunt in the core and borders of forests from sea level to near alpine. Sharp-shinned hawks frequent rural, suburban, and agricultural settings, feeding at bird feeders.

Seasonally territorial Sharp-shinned hawks. Calling, pursuing, and assaulting discourage invaders They are generally solitary, sometimes migrate in small groups. Most North American populations migrate; some fly over 1500 kilometers. They migrate in August and return in March.

Distribution of the Sharp-shinned hawk in the USA