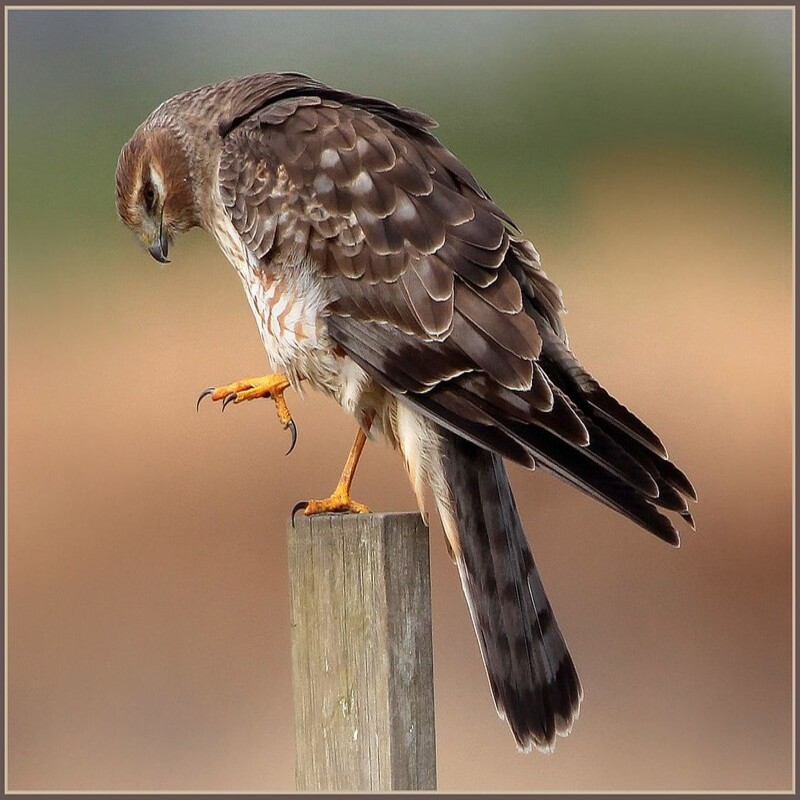 Known as the northern harrier, Circus Hudsonius is a bird of prey. It breeds throughout the northern hemisphere, including Canada and the United States. They belong to the family of Accipitridae. Some taxonomists regard the northern and hen harriers to be different species, while others consider them conspecific.

A gray-white male with black wingtips and a black-banded tail. Females and juveniles are brown with black tail stripes. Females have buffy undersides with brown stripes, whereas immatures are white. They got yellow feet as well. Northern Harriers have a distinctive white rump patch.

Their food consists of a variety of rodents, reptiles, insects, frogs, and birds, the majority of which are passerines and tiny waterbirds. In the course of their hunting, they glide near the ground and dive rapidly to catch prey.

These birds nest in open areas like the Arctic tundra, prairie grasses, fields, and marshes. Their nests are hidden amid grasslands or wetlands. During migration and winter, harriers usually travel south, away from snow-covered areas, to open habitats similar to their breeding grounds.

In the United States, the best time of year to see these birds in the northern part is all year round, regardless of the season while the southern part of the states is best to see during winter.

Distribution of the Northern Harrier in the USA

This bird is native to Europe, Asia, and the Americas, and has been imported to parts of Africa and Bermuda. From the Pacific Coast to the Great Lakes, the United States has a large resident population.