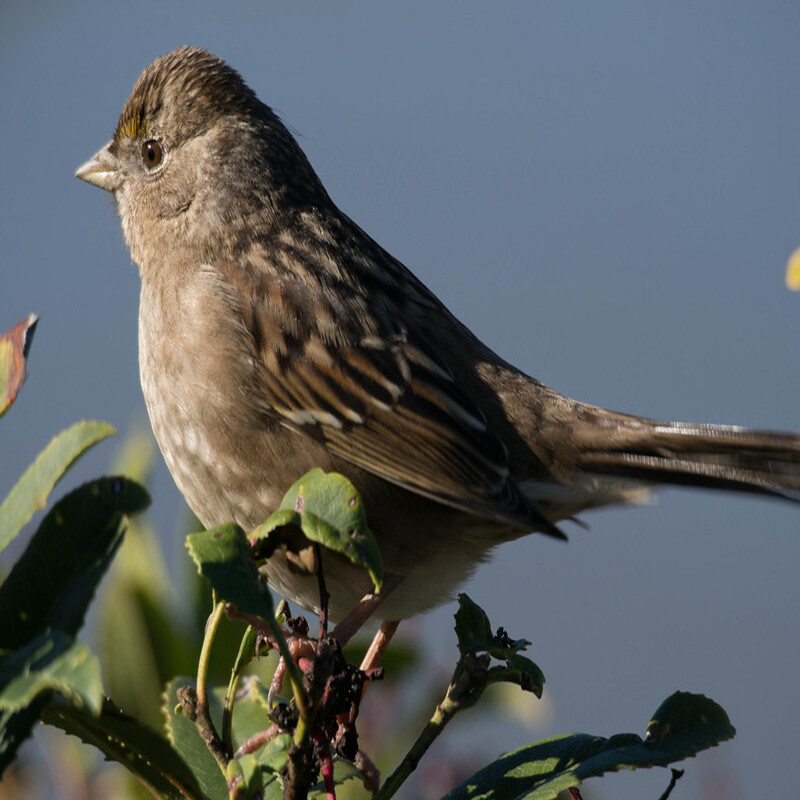 Latin name Zonotrichia atricapilla, the golden-crowned sparrow is a large sparrow native to the New World that is found in western North America. Although the adults of this Pacific species are distinctive, the immatures are among the most unassuming Zonotrichia. The white-throated prefers a denser brush than the white-crowned, and its behavior is similar to that of the white-crowned sparrow. They belong to the Passerellidae family.

Golden-crowned sparrows are omnivores that eat fruits, seeds, insects, and plants. Predators are repelled by foraging in dense shrubbery and flocks. Winter and spring feeding habits are very different, with winter diets consisting almost entirely of vegetation. These sparrows usually forage alone or with their mates in the summer. Summer diets include a lot of flowers. Golden-crowned sparrows prefer weeds to seeds.

Distribution of the Golden-crowned sparrow in the USA