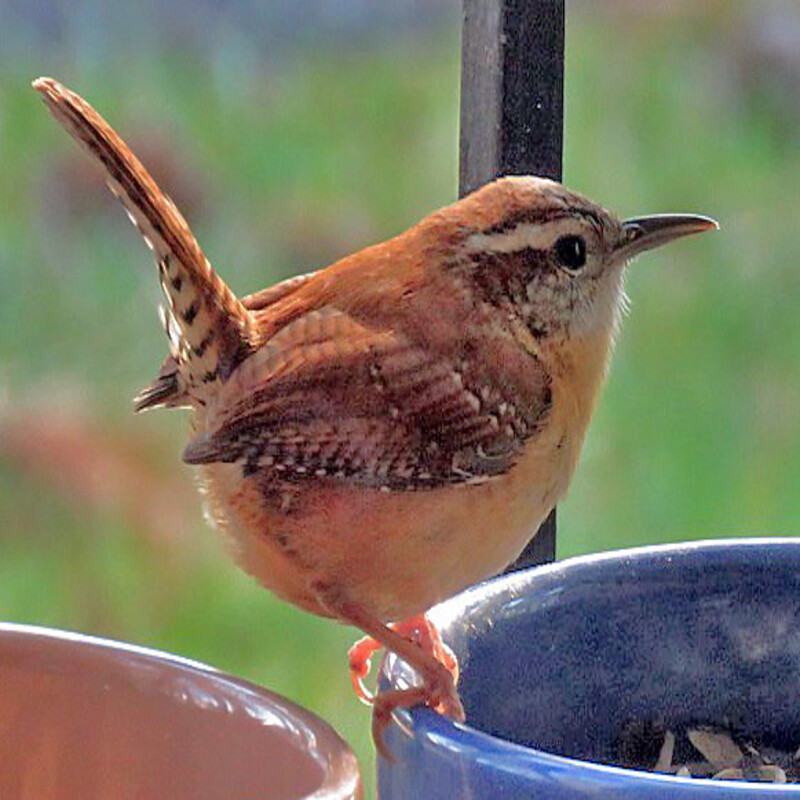 Thryothorus ludovicianus, or known as the Carolina wren is a common bird found in the southeastern part of the United States, southern Ontario, Canada, and northeastern Mexico. Severe winters limit their northern range whereas favorable weather conditions allow them to reproduce further north. They enjoy thick cover in forests, farmland, and suburbs. The South Carolina state bird is a wren. These wrens belong to the family of Troglodytidae.

Carolina wrens are ground-feeders. They consume a wide range of insects and spiders when they come upon them. With their bills, hunt for food beneath brush piles, under a log and rotting wood heaps, under overturned roots, under bark, and along marsh banks.

In addition to brushy clearcuts, they also live in forested swamplands. Moist woods are favored, and moderate to thick shrub or brush cover is required. Farmyards, woods, suburban gardens, live oak and palmetto hummocks, solitary clusters of trees on grasslands, and old sheds are all examples of Carolina wren habitat.

Diurnal and nonmigratory, breeding pairs defend territories year-round with songs and cries. Carolina wrens are land-based. They spend much of their time hopping along the ground, at astonishing speeds. They can fly short distances but rarely do so. Their wings will let them leap over tree trunks and garbage piles. Carolina wrens may also climb trees to establish nests or eat.

These wrens have seven recognized subspecies, each with its own song and appearance.

Distribution of the Carolina wren in the USA

Carolina wrens live year-round in the southeastern United States. This species’ range extends from the Atlantic coast through Texas, Nebraska, Kansas, and eastern Oklahoma. This region is surrounded by Ontario Canada to the north and southern Michigan to the south. The species has spread south to the Yucatan Peninsula and portions of Central America. Wrens have been seen as far west as New Mexico and Colorado, and as far north as Quebec, New Brunswick, and Maine on rare occasions.