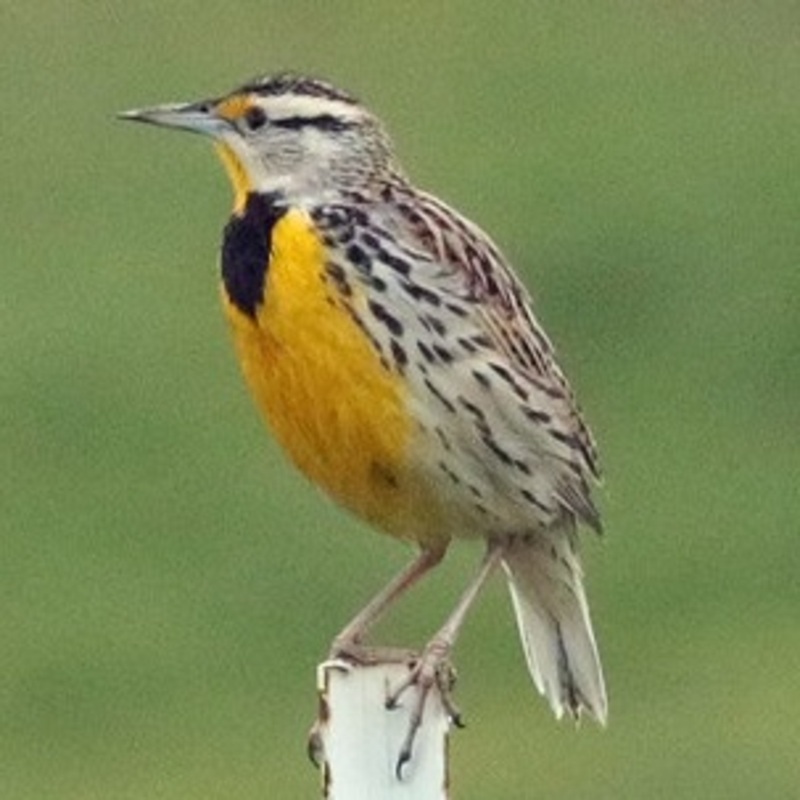 The eastern meadowlark, Sturnella magna is a medium-sized icterid bird. From eastern North America to eastern South America, it is most common in the east. They belong to Icteridae family. Eastern Meadowlarks are found in farm fields, meadows, and marshy areas. They build their nests on the ground and sing from perches like as trees, fenceposts, and utility wires.

Eastern meadowlarks forage for food by walking and running on the ground. Their diet fluctuates seasonally. They eat cutworms, grubs, and caterpillars in the spring. Their summer diet includes beetles and grasshoppers. In the winter, they consume weed seeds, discarded grains, wild fruits, and carrion from roadkill or predator kills.

These birds nest in recovered strip mines, overgrown fields, and other open locations. The breeding area in the west includes tall-grass plains and desert grasslands. In the winter, they like wide fields, feedlots, and wetlands. Eastern meadowlarks inhabit more mesic areas than their western cousins.

Distribution of the Eastern Meadowlark in the USA

Breeds in southern Canada, the eastern United States, and western Arizona,; resident in the Bahamas and Mexico. Winters primarily within its breeding range.