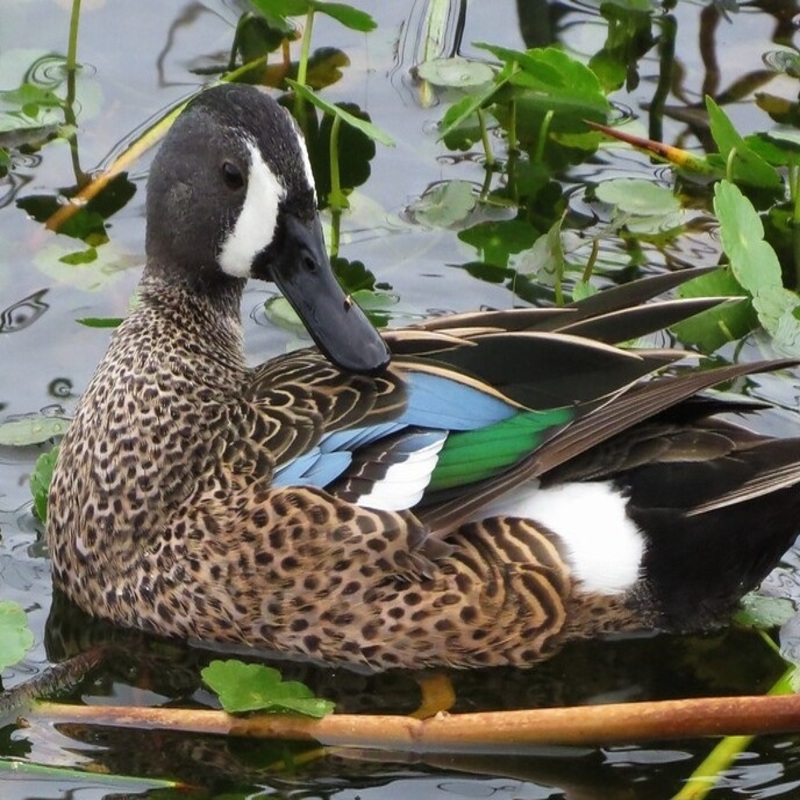 The blue-winged teal (Spatula discors) is a duck, goose, and swan species belonging to the family Anatidae. It is one of the smaller members of the dabbling duck family and breeds throughout North America, from southern Alaska to Nova Scotia and south to northern Texas. It spends the winter along the Pacific and Atlantic coasts, as well as in the Caribbean and Central America.

Blue-winged Warbler Teal’s upper wing coverts are sky blue and brown body. its speculum is green, and its legs are yellow. The adult male has a grayish-blue head with a white crescent on the face and a white mark near the tail’s base. Females are devoid of the white crescent and rear spot.

It feeds on seeds, plants, and aquatic invertebrates. Additionally, it may consume mollusks, crabs, and tadpoles.

Distribution of the Blue-winged Teal in the USA

Breeds in central North America’s northern plains and parklands and winters from Central America and the Caribbean south to Peru and northeastern Brazil.