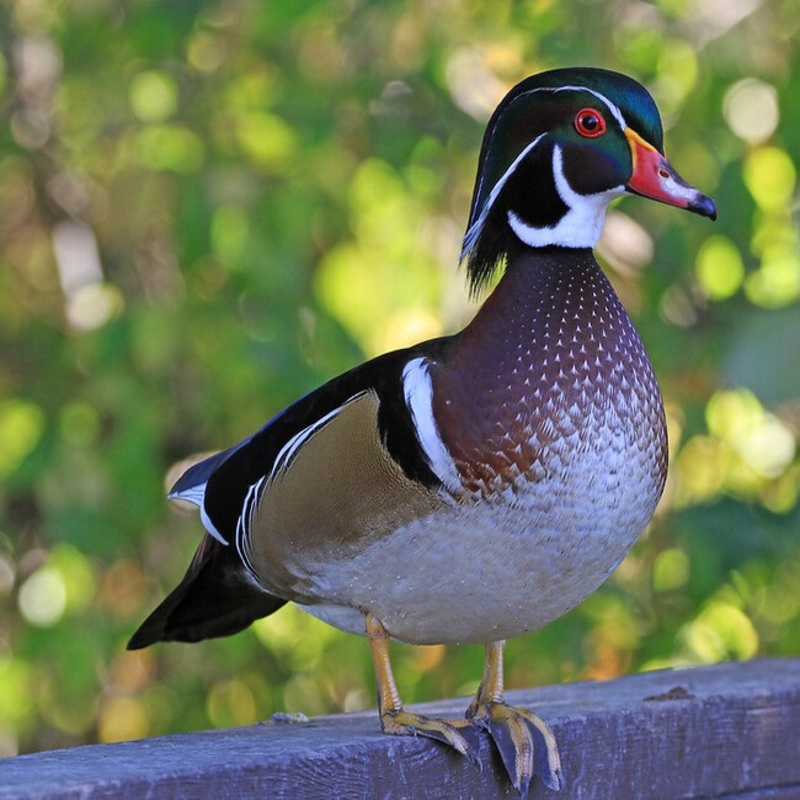 The wood duck, sometimes known as the Carolina duck (Aix sponsa), is a North American species of perching duck. The drake wood duck is one of the most colorful ducks seen in North America.

Brown back, white throat, purple-brown breast with white flecks grading to a white belly; buff-yellow flanks. Green and purple crest with white stripes; white throat with two bands, one of which extends as a partial collar and the other of which reaches behind and below the eyes.

Seeds, acorns, and other small nuts; grains; fruits; and algae are all foods that the wood duck consumes. Additionally, pondweeds, cypress seeds, sedges, grasses, and duckweed are consumed.

The Wood Duck is a widespread bird found in riparian areas, forested swamps, and freshwater marshes.

Wood Ducks have a swift pace and a more erect posture than dabbling ducks; they frequently forage on land near the water’s edge. Females frequently migrate overland with their young to brood-rearing areas. When ducklings leave the nest cavity, they are capable of walking, hopping, and climbing; nesting adults are probably also capable to some level.

Also known as the Carolina Duck.

Distribution of the Wood Duck in the USA