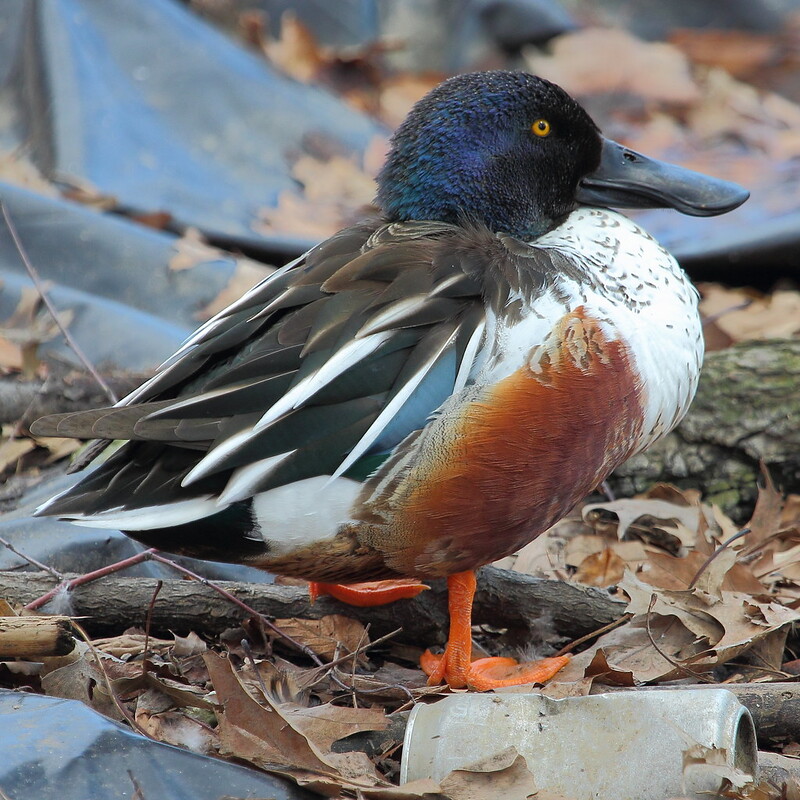 The northern shoveler is one of the species included under the African-Eurasian Migratory Waterbirds Agreement (AEWA).

Northern shovelers are carnivores that hunt aquatic invertebrates such as mollusks, insects, crabs, small minnows, and even small fish with their highly specialized beak. They feed primarily on seeds and aquatic plants during the winter.

The northern shoveler is a marsh and prairie pothole specialist. It requires shallow water environments with muddy bottoms.

Swimming and flight are the primary forms of movement. Walks freely on the land, although rarely for great distances, especially when females are cautiously traveling to nest or carrying ducklings to water. Head and beak are lowered in flight; the bird’s long neck, head, and bill give it a “hunched-back” appearance.

The best time to see these birds in the United States is during the summer season (June – September) in the Northern part and during the winter season (December to February) in the Southern part.

Distribution of the Northern Shoveler in the USA