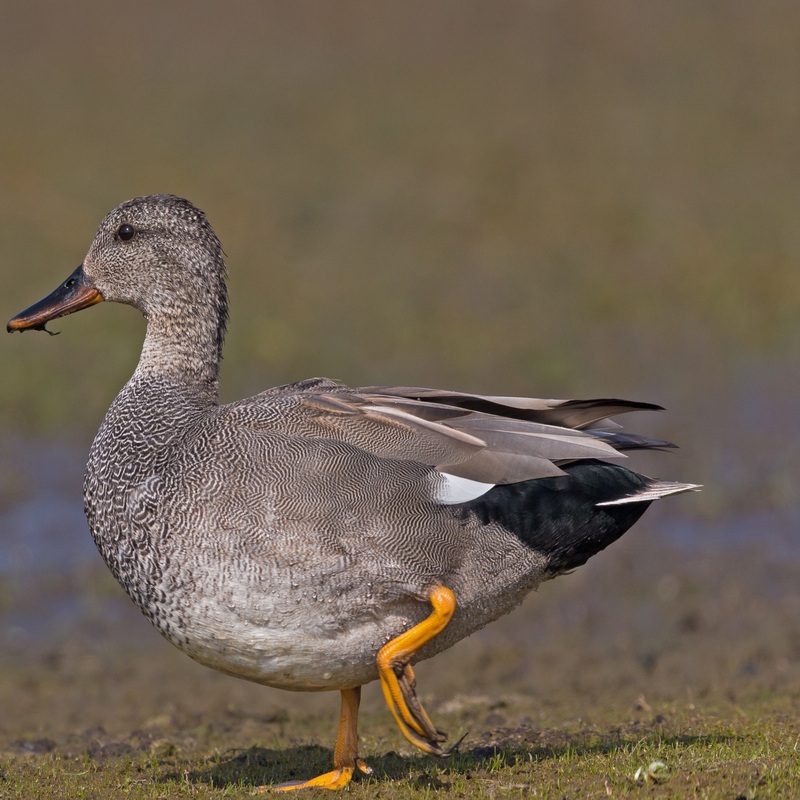 The Gadwall (Mareca strepera) is a widespread and ubiquitous dabbling duck in the Anatidae family. Except during its courtship show, the gadwall is a silent duck.

Their heads and necks are grayish-brown, their bodies are consistently grayish, and their tails are black. Their wing bars are white, and they have a chestnut-brown patch on their central wing coverts. Their beaks are a deep gray color with yellow feet.

Their primary source of plant material is aquatic plant leaves and stems. Gadwalls will also consume insects, crabs, amphibians, mollusks, and fish in addition to their plant-based diet.

Gadwalls like breading settings such as marshes, sloughs, ponds, and small lakes with grasslands in both fresh and brackish water. They are more numerous in small prairie marshes than they are in temporary water regions, deep marshes, and open water marshes.

Gadwalls are sociable ducks that migrate in flocks. From September in Alaska through the beginning of October in the Prairie-Pothole regions and other southern places, they will depart from their nesting habitats in the north. Some weather occurrences will serve as the trigger for migration timing.

Distribution of the Gadwall in the USA

Gadwalls breed throughout northern Europe, the Palearctic region, and central North America. This bird looks to be increasing its range into eastern North America.