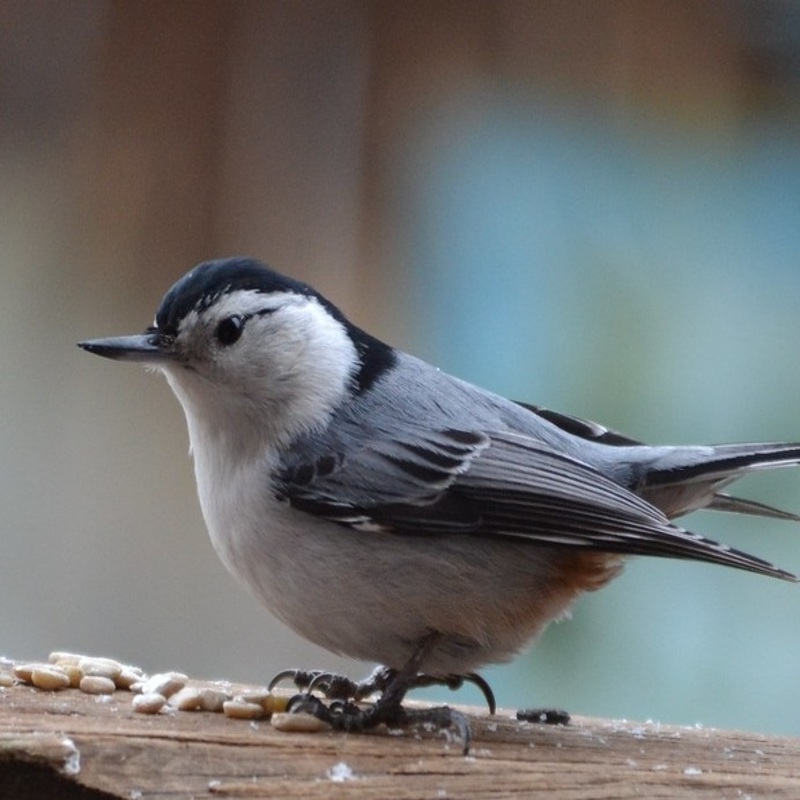 In temperate North America, the white-breasted nuthatch, Sitta carolinensis in Latin, is a tiny songbird of the nuthatch family. It has a big head, a short tail, a robust beak, and strong feet. Blue-gray upper parts and a chestnut lower belly. Its nine subspecies differ largely in body plumage color.

White-breasted nuthatches have lengthy bills, unlike other nuthatches. Bills nearly as long as heads, slightly tilted. White-breasted nuthatches have black crowns with white cheeks and undersides. Their undersides are pink near the tail. Nutty-gray back of a nuthatch A combination of white, black, and bluish-gray wings and tails. Males have more vibrant colors than females, with black areas of their plumage contrasting with their light plumage. Females are often grayer. Little is known about these birds, although they weigh 20 g and are 15 cm long.

In order to open big seeds and nuts, nuthatches use their bills to place them in tree fissures. Nuthatches also look for seeds and insects in tree cracks. In loose bark or fissures. Seasonal variations in seed and insect food content.

White-breasted nuthatches are superb climbers and may be distinguished by their crawling up and down tree trunks. They hunt like manner, looking for insects in cracks in tree trunks and limbs. They eat on the ground, hopping instead of walking.

Distribution of the white-breasted nuthatch in the USA

White-breasted nuthatches are found throughout much of North America, including the United States, Canada, and Mexico.