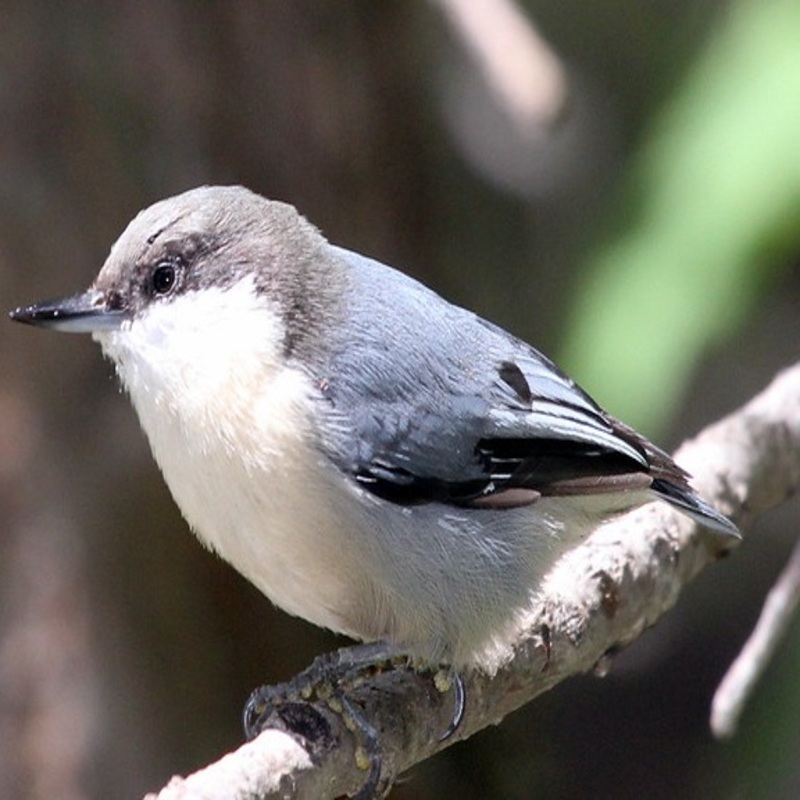 Sitta Pygmaea, known to be Pigmy nuthatches are regular residents of long-needle pine forests in western North America, and they have a particular fondness for ponderosa pine, which is one of the species’ favorite trees. The Pygmy Nuthatch is the tiniest member of the North American nuthatch in the Sittidae family, a little over an inch in length. Throughout the Rocky Mountains, from southern British Columbia to Arizona and all the way down to Mexico, this little woodland bird may be found. As a common nuthatch, it enjoys the shade of old-growth forest as a natural habitat.

Their heads are grayish-brown, with a black stripe through their eyes and a white line over their eyes. Their backs and tails are blue-gray with reddish-brown underbellies. Dark brown bills and feet distinguish pygmy nuthatches from other species. Female Pygmy Nuthatches are identical to males but have a blue-gray head and underbodies that are lighter than males.

During the mating season, Pygmy Nuthatches eat 60-85% of insects, including beetles, wasps, ants, and caterpillars. Their diet also includes pine tree seeds and other plant components. Pygmy Nuthatches use their bills to probe wood crevices and remove the bark to reveal insects hidden inside.

Pygmy Nuthatches enjoy Ponderosa, Monterey, and Jeffrey pines. They thrive in undisturbed old-growth woods with plenty of dead pines. Pygmy Nuthatches inhabit slopes and mountains up to the tree line where old-growth pine trees are abundant.

Pygmy Nuthatches walk, hop, or climb rapidly. They always climb up or down a tree headfirst. Pygmy Nuthatches rarely fly over long distances; they usually fly between trees to find food. A Pygmy nuthatch mating couple inhabits a territory all year but defends it only during the breeding season. Pygmy Nuthatches bathe in rainwater and melting snow ponds, and preen and allopreening in flocks.

Distribution of the Pygmy nuthatch in the USA

Its range extends from Baja California to southern British Columbia and as far south as central Mexico. As far east as central Montana and Colorado, Pygmy Nuthatches may be found in their natural habitat. They can also be found in small concentrations across Mexico’s mountainous areas.

The Pygmy nuthatch can be found in the following states in the United States – Alaska, Arizona, Idaho, Nevada, New Mexico, Oregon, Texas, Utah, Washington, and Wyoming.