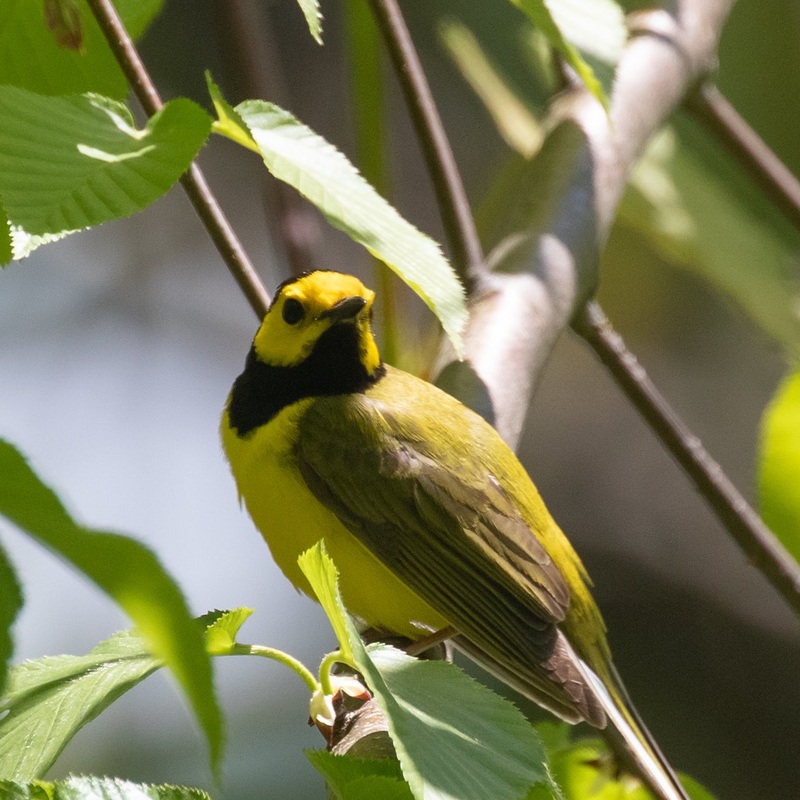 Black upperparts and hood, orange-red patches on wings, sides, and long fanned tail, and white underparts characterize this busy warbler. Black is the color of the bill, legs, and feet. The female has a gray head and gray-olive upper parts, as well as white underparts and yellow on the flanks and tail.

These birds eat insects that they find in low vegetation or that they catch through flycatching. Broadleaved forests with extensive undergrowth are ideal breeding habitats for hooded warblers.

Hooded warblers breed in a wide range of forest types, all of which have a mature canopy and a dense understory of tiny trees and shrubs.

Distribution of the Hooded Warbler in the USA

From Wisconsin, Iowa, Michigan, and southern New England south to the Gulf coast and northern Florida, this species breeds. Winters in the tropics, ranging from southern Mexico to the West Indies and further south.