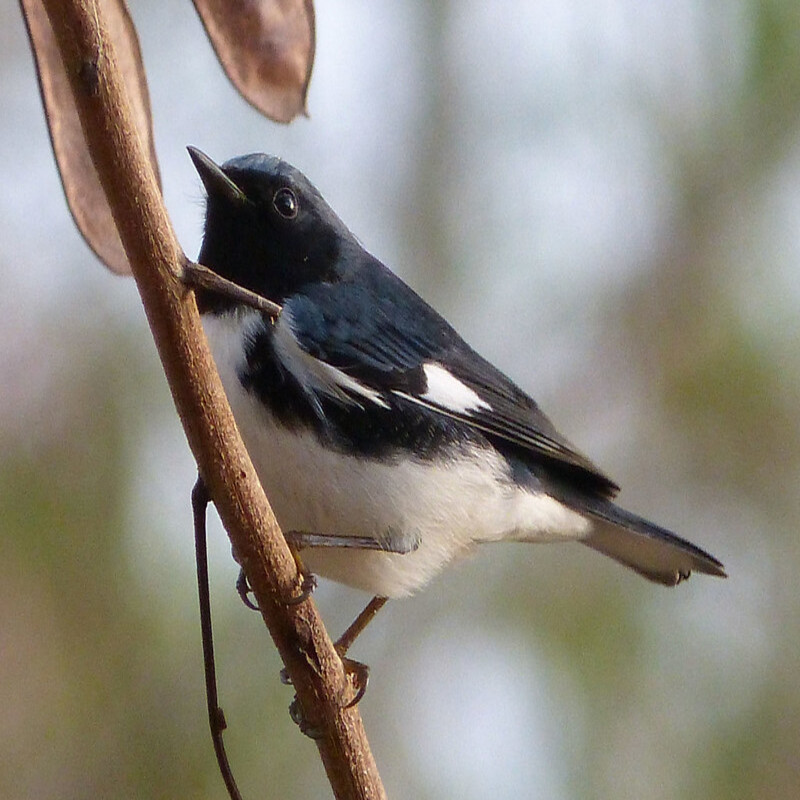 Small warbler that is the most dramatically sexually dimorphic of all wood warblers. The Male has dark blue upperparts, a black neck, and a mask. White underparts with black sides and white wing patch at base of primaries. Bill, legs, and feet are black. The female is olive-brown.

Black-throated blue warblers are found largely in areas of undisturbed deciduous and mixed-deciduous woods in their nesting range. They like woods with a deep, shrubby understory. In winter they are found in tropical forests, including secondary forest, plantations, and disturbed forest remnants.

Distribution of the Black-Throated Blue Warbler in the USA

Breeds from Ontario east to Quebec and Nova Scotia, south to Minnesota, Great Lakes, and Connecticut, and in the mountains to northern Georgia. Spends winters in the Greater Antilles.