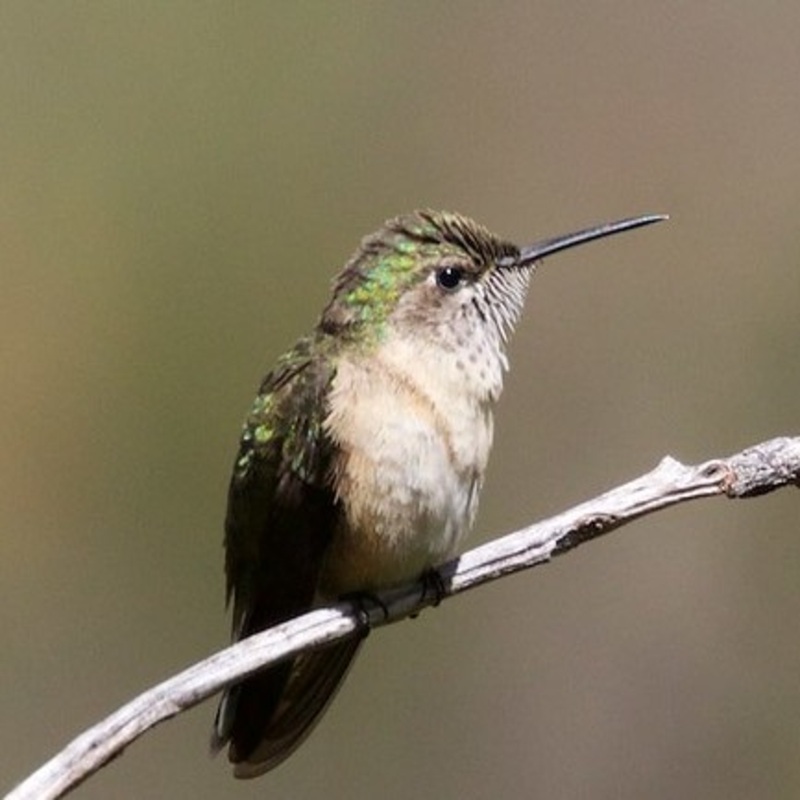 Selasphorus calliope, rhe calliope hummingbird is the tiniest bird in North America. It breeds in the west from California to British Columbia and winters in the southwest, Mexico, and Central America. It was originally thought to be the only Stellula species, but new evidence places it in Selasphorus. The Greek muse Calliope inspired the name. In the old genus name, “tiny star”. They belong to the family of

Calliope hummingbirds are monotypic (the only hummingbird in their genus). However, their wings are significantly shorter than those of closely related species, creating a sound similar to a bumblebee when in flight. Their top jaw is dull black or dusky, while their lower mandible is dusky at the end and brownish at the bottom. Those eyes are dark brown, as are the limbs and feet. They upperparts and wings are in metallic green color and white underparts. Calliopes have a shorter bill and tail than rufous hummingbirds, broad-tailed hummingbirds, and Allen’s hummingbirds, and a patch of pale buff on their breast rather than their sides and flanks.

Calliope hummingbirds are nectarivores. They hawk insects from a perch, catching them in the air. They are known to consume flies, beetles, ants, bees, and wasps, although this behavior is rare in nature. Sapsucker-made “sap wells” have been observed by calliope hummingbirds. They probably eat insects and sap at sap wells. Hummingbirds sip nectar from blooms using their long tongues.

Calliope hummingbirds like varied habitats. They are a mountain species that ranges from 1,200 meters to 3,400 meters in height, but may reproduce as low as 185 meters. Their lengthy travels carry them through many biomes, depending on how far north or south they move. Their winter range is in southern Mexico’s rainforests, whereas their summer range is in southwestern Canada’s tundras and taigas. Calliope hummingbirds inhabit grasslands, desert and scrub woods, and alpine environments.

The best time to see these birds in United States are during summer (June to September) and winter (December to February).

Distribution of the Calliope hummingbird in the USA

They are exclusively found in western North America, from southern Canada to Mexico, depending on the season. They are the smallest known long-distance migrating birds, with yearly migrations of up to 9,000 kilometers. These birds breed in the Northern Rocky Mountains, from California to Nevada and east to Wyoming. They spend the winter in central Mexico, mostly in the southwest.