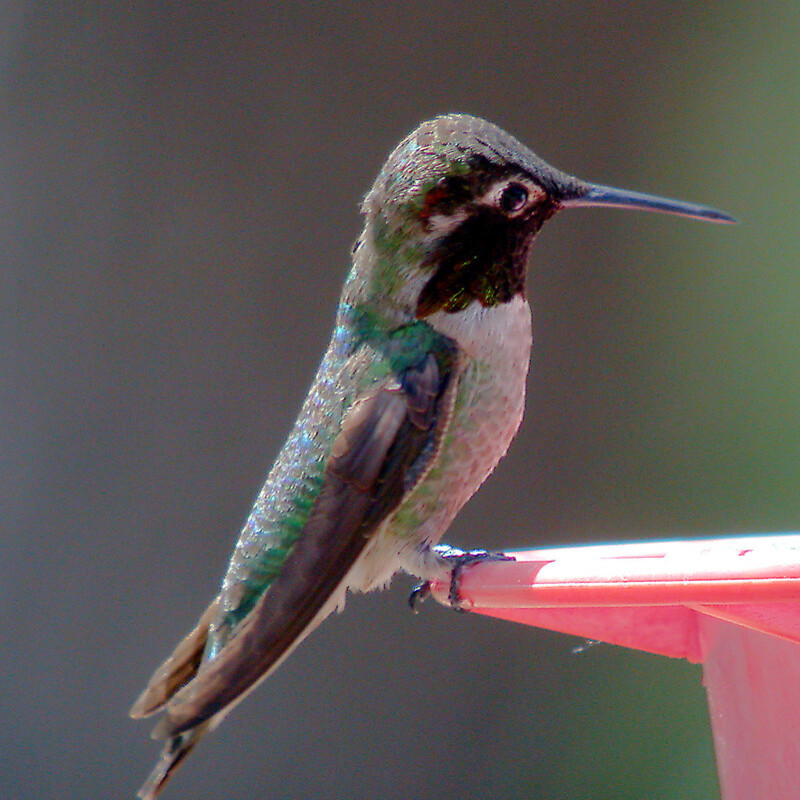 Known as Archilochus alexandri, the black-chinned hummingbird lives in a variety of habitats around the world. A migratory bird, this bird ranges south as far as Mexico during the winter months.

Adult sexes vary. Males of this species have black faces and chins with metallic purple throats. Gray-white bellies and bronze-green fawn flanks. These thin retrices are part of the tail feathers. Green retrices with a black tip.

Capillary motion allows black-chinned hummingbirds to obtain nectar and small bugs from flowers or sugar water from feeders without perching. They feed on Anisacanthus, Delphinium, Cirsium, Russelia, Malvaviscus arboreus, and tree tobacco. They eat flies, ants, and spiders for protein. During migration, black-chinned hummingbirds graze on tiny insects in valleys and grasslands. If they travel to cities, they may be fed by humans.

The best time to see these birds in the United States is during summer (June to September).

Distribution of the Black-chinned hummingbird in the USA