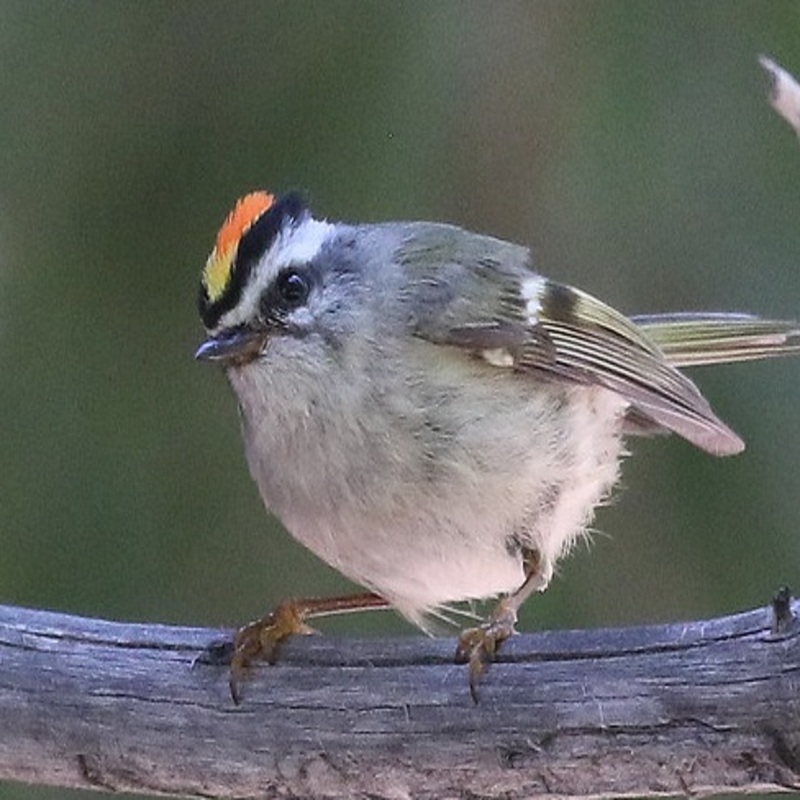 The scientific name for the Golden-crowned Kinglet is Regulus satrapa, which means “golden-crowned kinglet” is a tiny songbird found across much of North America.  The Greek term satrapes refers to a king who is crowned with a golden halo. Only one day after their departure from the nest does the female Golden-crowned Kinglet continue to feed her huge brood of fledglings. These species are in the family of Regulidae.

The golden-crowned kinglet’s crown feathers are distinctive. Both sexes have a black feather ring around their heads. Male juveniles lack or have a weak orange-yellow crown. The back and wings are olive, with a white stripe on the wings. The underbelly is lighter tan. It has a tiny black beak. Small golden-crowned kinglet, male and female mass differ. Males weigh 6.3 g and females 6.1 g. Geographic ranges have varying sizes.

Distribution of the Golden-crowned kinglet in the USA

In North America, the golden-crowned kinglet, Regulus satrapa, the breeding range extends from southwest Alaska to Newfoundland. The golden-crowned kinglet breeds across the United States. The western coast of North America from southern Alaska to California has some year-round inhabitants. Northern and southern Utah, northeastern and central Arizona, central and western New Mexico, and central Colorado are all included in this year-round area. Year-round populations exist in the northeastern US and Canada, from Newfoundland to eastern West Virginia.