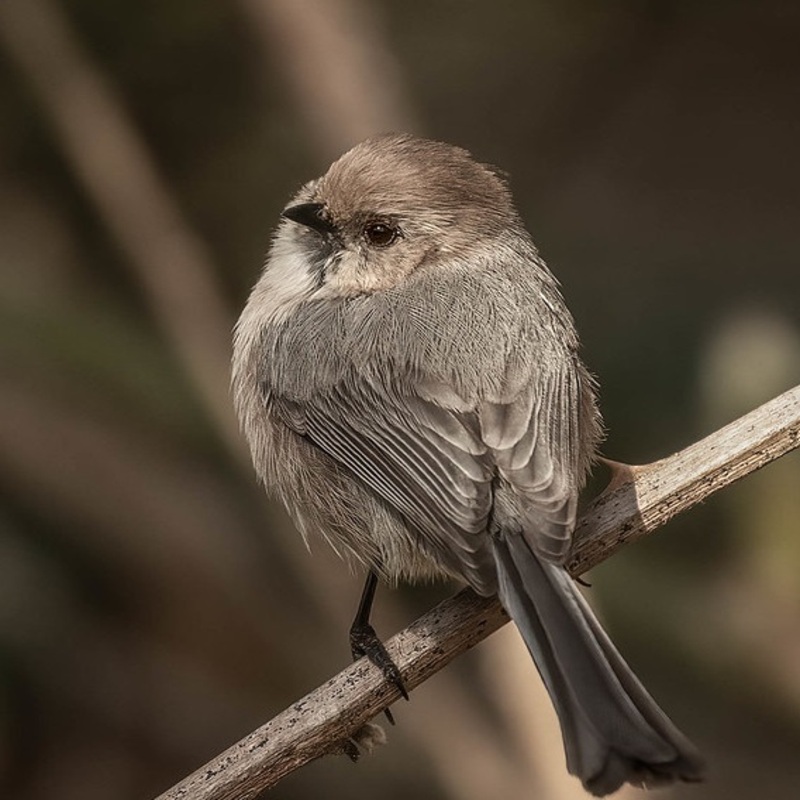 The Bushtit is a tiny gray bird with a long tail that looks like a rat’s tail. It makes a difference where you view these birds since their face colors and characteristics are different. The majority of them have brown crowns. A gray crown and brown cheeks distinguish it from other species in the rocky mountain region.

The Bushtit subsists on insects and spiders that reside in the bushes and trees that surround it in its natural environment. It also eats tiny seeds from fruits, which it obtains from other sources.

In the Arizona region, these birds may be found in a variety of habitats ranging from woodland to drier regions. Bushtits are typically found in pinyon-juniper ecosystems and along riverbanks that are densely forested. This bird may also be found in riverbanks bordered with trees, aspen groves on steep slopes, sagebrush, and mountain mahogany forests.

The majority of the year, bushtits roam in large groups. In these flocks, members assist one another with activities such as nest construction and territory defense. These flocks, sometimes known as bands, can comprise as many as forty birds. The Bushtit is a very busy creature that does not stay in one place for very long periods of time.

There are ten (10) recognized subspecies in these species.

Known as American Bushtit as well.

Distribution of the Bushtit in the USA

The Bushtit may be found all along the western coast of the North American continent, including Alaska. Geographically, it extends from southern Canada to Central America

The Bushtit can be found in the following states in the United States – Arizona, California, Colorado, Nevada, New Mexico, Oregon, Texas, Utah, and Washington.