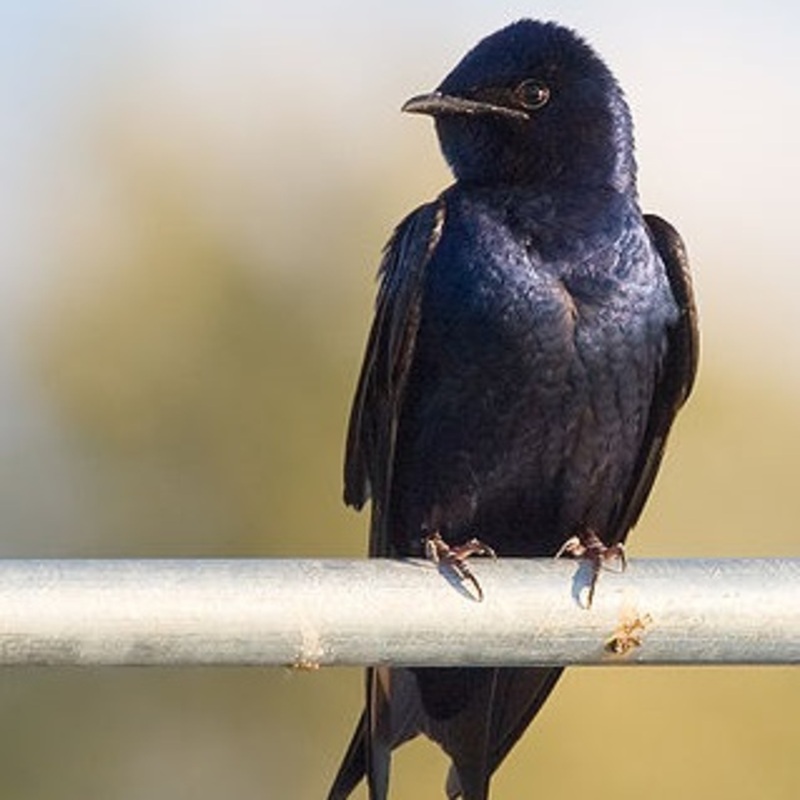 The purple martin, Progne subis in Latin is a Hirundinidae passerine bird. It’s North America’s biggest swallow. The purple martin is not genuinely purple. They are recognized for their speed, agility, and unique flying style of fast flapping and gliding. They will drop from the skies at high speed, wings tucked, to their nesting place.

Purple martins are the biggest North American swallows. Males are bigger, glossy, and deep purple or black in appearance. Male purple martins have duller black wings and tails than their heads and backs. Females are gray or gray-blue overall, with darker wings and crest feathers, and a white breast smeared with gray. Western ladies are paler. Purple martins have a dark, black-brown bill that is 8.2 mm long on average. Their gape is yellow in juveniles and dull orangey-brown in adults. Their legs and feet are dark brown, as are their eyes.

Purple martins breed and winter in northern South America. They are most active during dawn and dusk. They are huge colonial birds. They either fly in pairs or stay in their colonies. The colony returns to South America at the conclusion of the summer. Thousands of birds can join these communal journeys home. Purple martins show synchronization in big colonies. Purple martins collaborate to boost the colony’s reproductive success. Larger colonies are more successful at synchronization because they contain mature birds, whereas smaller colonies have inexperienced individuals.

Distribution of the Purple Martin in the USA

Breeds southward from British Columbia, the middle region of Canada, and Nova Scotia, but is generally missing from the interior western highlands and Great Basin. It is particularly prevalent in the Midwest and eastern areas.