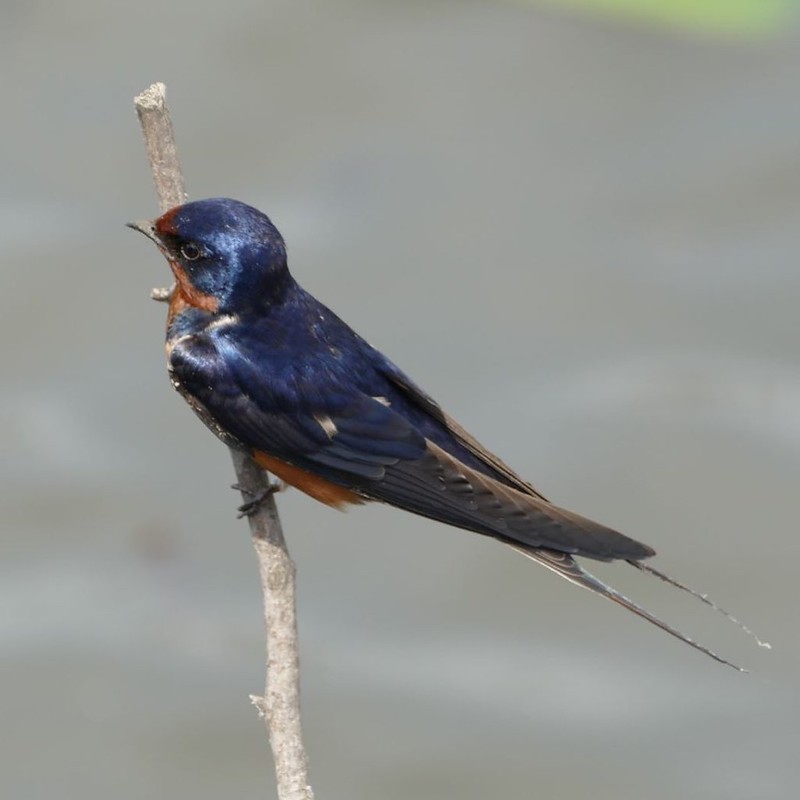 The barn swallow, Hirundo rustica is the world’s most common swallow species. Indeed, it looks to have the world’s greatest natural range of any passerine bird, covering about 251 million square kilometers. A sailor would get one swallow tattooed before embarking on a trip, and the second swallow inked upon their return to their homeport at the conclusion of their tour of duty. Additionally, it is thought that if the sailor drowns, his soul will be carried to paradise by the swallows.

Barn swallows are tiny species of birds. Barn swallows have a metallic blue-black upper surface and a light beige underside. Their neck and forehead are light brown, and they have a long, deeply forked tail. Males and females seem identical, except females are more subdued in color and have shorter outer tail-streamers.

Insectivores, barn swallows are. Flying insects such as flies, grasshoppers, crickets, dragonflies, beetles, and moths comprise 99 percent of their food. They catch the majority of their prey while flying and may feed their young while flying.

Barn swallows feed on the fly. They have been recorded chasing after tractors and plows, capturing insects disturbed by the activity. Barn swallows are extremely versatile birds, nesting anyplace that has open forage regions, a water source, and a protected ledge. They like open settings of all kinds, especially agricultural regions, and are frequently encountered in barns and other structures. Additionally, they will construct nests beneath bridges, on the eaves of ancient homes, and on boat docks, as well as in rock caves and even on slow-moving trains.

The barn swallow is a diurnal and migratory species. They each have their own song and frequently perform as a chorus. Barn swallows frequently congregate in big social groups on telephone lines and other high structures. Additionally, they nest colonially, most likely as a result of the abundance of high-quality nesting locations. Barn swallows protect a region surrounding their nest within a colony. These territories range in size from around 4 to 8 square meters in European barn swallows.

Distribution of the Barn Swallow in the USA