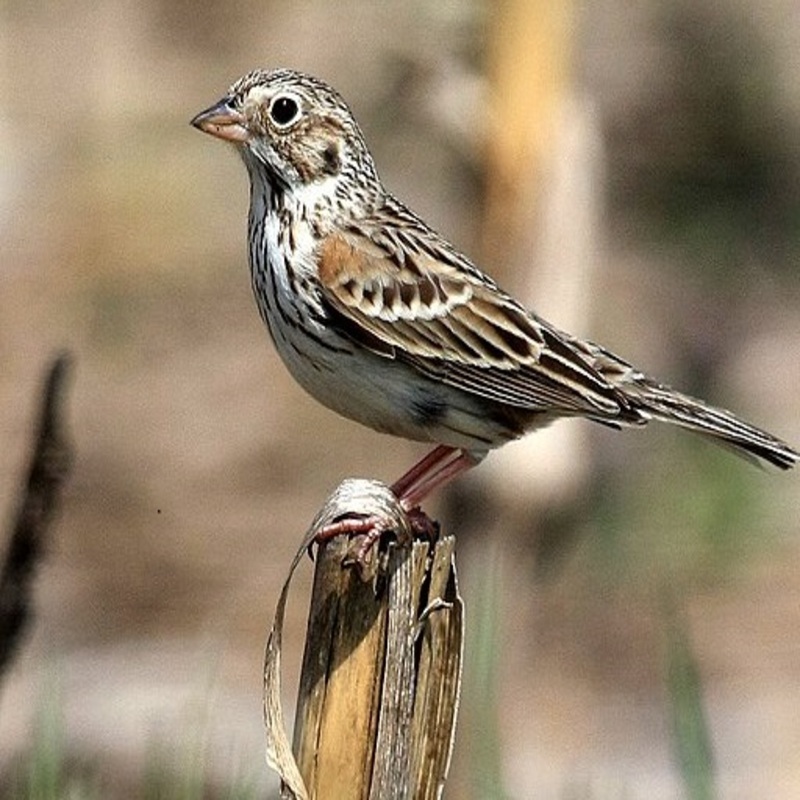 Known as the vesper sparrow with Latin name Pooecetes gramineus is a medium-sized New World sparrow that can be found throughout the world. Pooecetes is a genus that contains only one species and belongs to the family of Passerellidae. The Vesper Sparrow is thought to be the most closely related sparrow to the Lark sparrow in terms of genetics.

During the summer, it preys on insects, spiders, and other small invertebrates, among other things.

Distribution of the Vesper sparrow in the USA

Vesper sparrows inhabit the Nearctic. During the summer breeding season, their range extends into northern Pennsylvania, Ohio, Indiana, northern Missouri, and the Appalachian region of Virginia. They are found in northern Arizona, New Mexico, western Colorado, and northern Nebraska. Their breeding range extends north into Alberta and Saskatchewan.