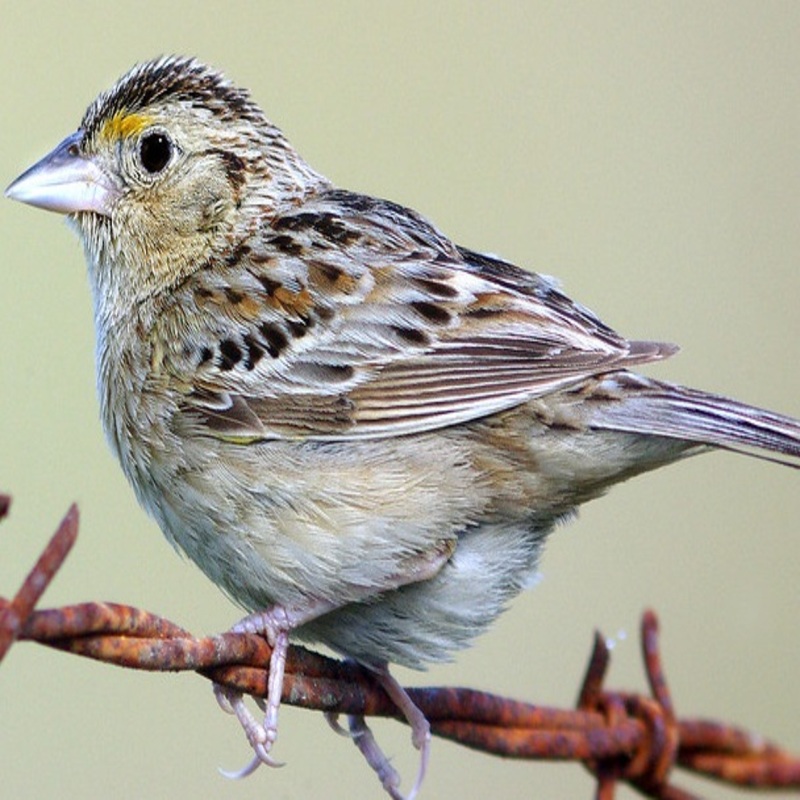 The grasshopper sparrow is a small, shy songbird that is rarely seen. Its song is composed of one to two chirps followed by a buzzy trill. This sparrow sings buzzy notes.

An elongated brown body with buff streaking is the grasshopper sparrow. Adults have buff breasts, sides, and a white belly. The juveniles’ buff breast and sides have dark brown vertical streaking. Grasshopper sparrows have large bills and flatheads. On top of the head and behind the eye are light central stripes. Yellow or golden lores and a brown tail.

It is a diurnal bird that spends most of its time foraging, except during breeding season when males sing and display to defend breeding territories. Males sing and fight to defend their breeding territory. They tolerate their female mate and her helpers. Grasshopper sparrows are not territorial and do not form flocks. They are solitary when not breeding and use cryptic foraging techniques.

Distribution of the Grasshopper sparrow in the USA

From Virginia to Florida, most grasshopper sparrow populations winter along the Gulf of Mexico. Winter in western Mexico and Central America. A few breed in the west and a few in the east. Northern Louisiana, Texas, and Montana are breeding grounds. Coastal breeding ranges from southern Alberta to southern Ontario and the Great Lakes. It stretches from southern British Columbia to eastern Washington, Oregon, southern Idaho, to northern Utah, California, and the western Sierra Nevada. Some populations winter in Central America, Mexico, Texas, Arizona, and Florida. They winter in the Antilles.