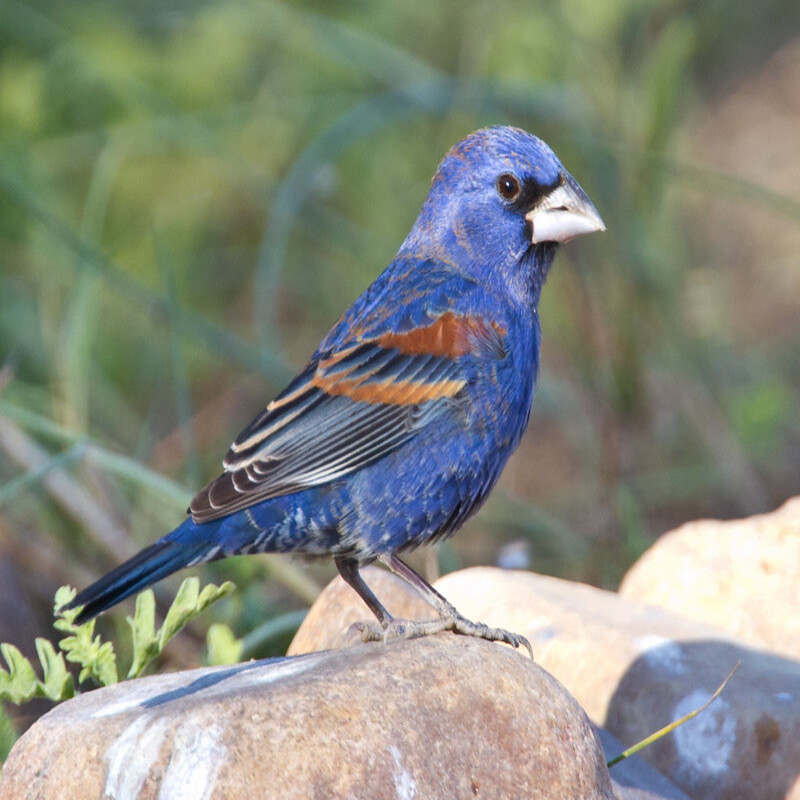 The Passerina caerulea or commonly known to be the blue grosbeak is a medium-sized passerine bird found in North America that belongs to the Cardinalidae family of birds.

Males of this species have bold purplish-blue plumage with brownish edges on their backs, like many passerine species. Males have two brown wing bars on their middle and greater secondary coverts. Black upper and silvery lower blue grosbeaks are males. Black lores extend from the males’ lower mandible to their chin. Females are mostly brown with some blue on their heads and wings. On their wings are two light brown wing bars. Their breast feathers are a lighter brown than their body.

The majority of their food consists of insects and seeds they gather from the ground and they also consume fruits on occasion.

Brushy, moist pastures and roadside thickets are among the species’ preferred habitats.

Males feed in the spring before females arrive. Feminine selection is likely influenced by ultraviolet structural ornamentation in male feathers. During the summer, male and female flocks feed together. They may occasionally hop awkwardly while foraging, but they usually fly low over the ground. Males closely follow females during mating.

IfThe best time of the year you could these birds in the United States is during the summer season (June to September).

Distribution of the Blue Grosbeak in the USA

The Blue Grosbeak breeds in subtropical and tropical forest, shrubland, and grassland ecosystems. It breeds in the southern and central US, Mexico, and Central America, and winters in the same areas.