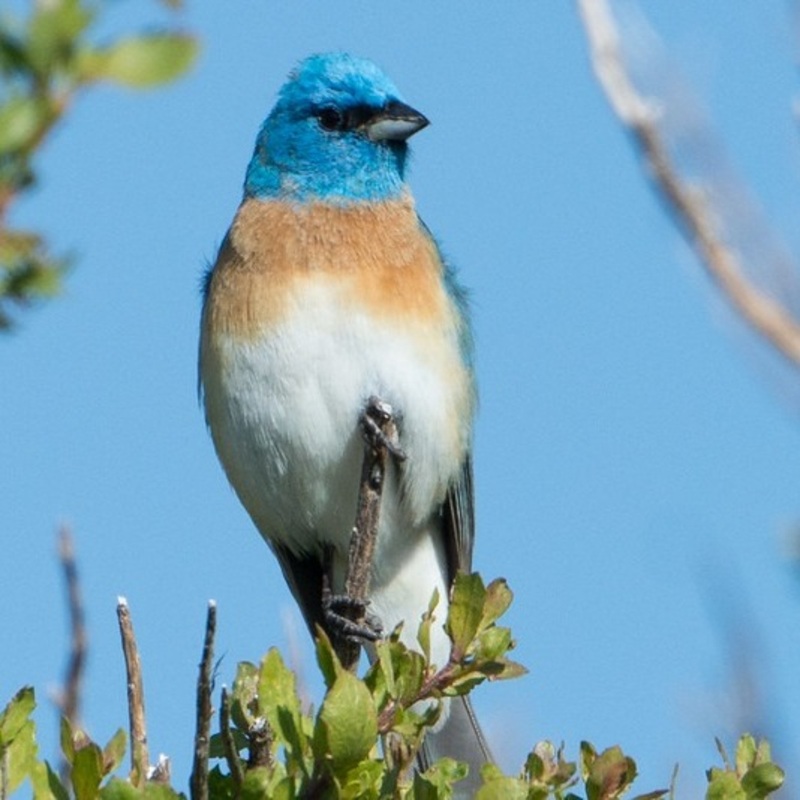 The Passerina amoena or commonly called lazuli bunting is a North American songbird in the family of Cardinalidae. These birds get their name from the bright blue hood of the male, resembling the gemstone lapis lazuli.

Both species with the Indigo bunting, its resembles, hybridize where their ranges overlap. These male species can also sing. It can sing through the day from a perch high above the ground.

The male has a bright blue head and back (lighter than the indigo bunting), white wing bars, a light rusty breast, and a white belly. However, its smaller size, wing bars, and short conical bunting bill distinguish it from eastern and western bluebirds. The female is brown, grayer above and warmer underneath, and has two thin pale wing bars.

Lazuli buntings inhabit riparian, open woodland and shrubby desert habitats. During the breeding season, they are found in suburban gardens and fencerows (along with agricultural fields). Recent burns also boost their numbers.

Lazuli buntings mainly move by hopping. Long-distance flights are made with rapid wing beats and a straight flight pattern. Males look for food after migrating to breeding areas. They are usually non-vocal now. They start fighting and yelling at each other after a few days. This is a male bird claiming territory.

Distribution of the Lazuli Bunting in the USA

This bird is native to the Marshall Islands, Canada, Mexico, Russia, and the United States. It is believed to be extinct in Japan. Norfolk Island and New Zealand have Lazuli Buntings.