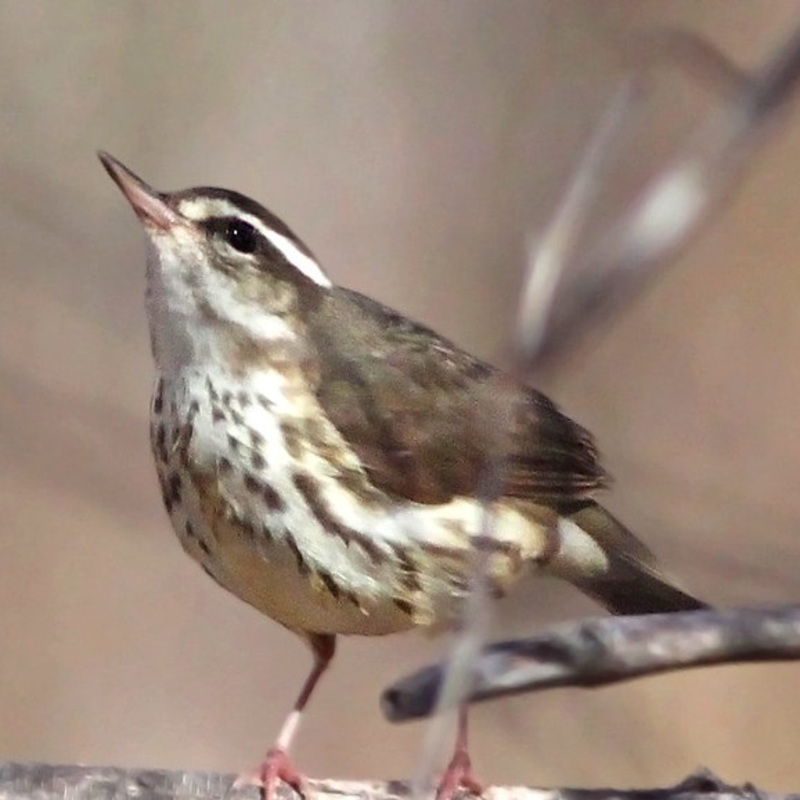 The Louisiana waterthrush (Parkesia motacilla) is a New World warbler found in eastern North America and the West Indies and Central America during the winter. It is plain brown on top and white underneath, with black streaks and buff flanks and undertail, which distinguishes it from the closely related northern waterthrush.

Ground warbler with dark olive-brown upperparts and highly streaked white underparts with a buff wash on the belly and flanks. Whitethroat; dark and thick eyestripe; white brows spread behind eyes. Bill is lengthy and substantial. Tail is short and pale buff in color, with pale buff under tail coverts.

Louisiana waterthrushes exhibit behaviors that are comparable to those of northern waterthrushes. These birds frequently sing from branches or while flying. Both species also have a tendency to bobble their tails in a teetering attitude, particularly when hunting. This is a critical behavioral trait of waterthrushes, as the genus name Seiurus translates as “tail-bobber.” Louisiana waterthrushes stroll rather than hop along the forest floor. They fly quickly, directly, and somewhat undulating, with rapid wing beats.

Distribution of the Louisiana Waterthrush in the USA

Breeds in the eastern United States, from Minnesota, southern Ontario, and central New England to Texas and Georgia. Winters in the tropics, primarily in coastal Mexico and the West Indies.