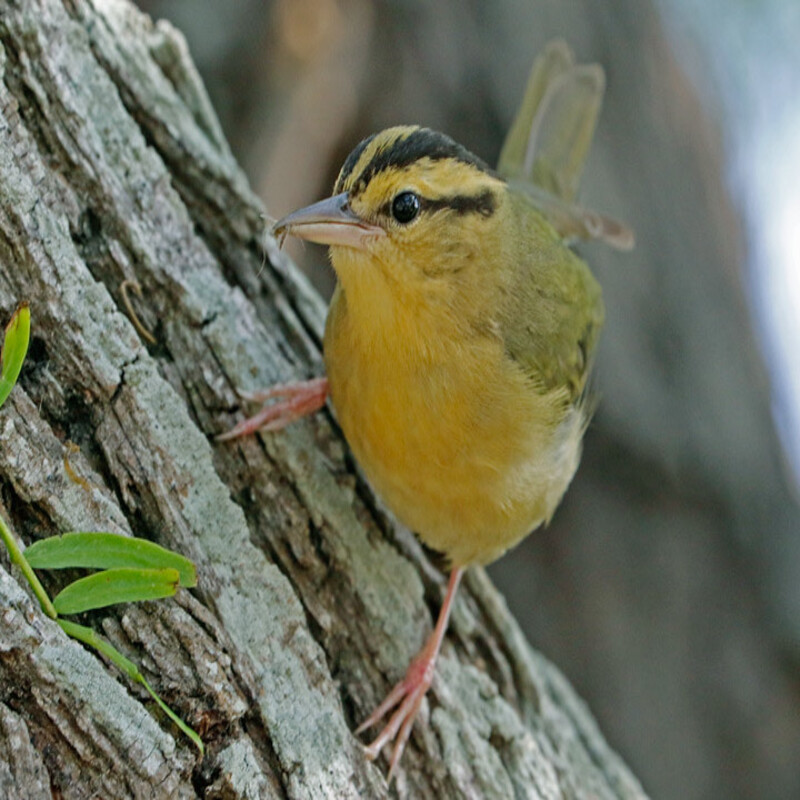 The worm-eating warbler (Helmitheros vermivorum) is a small New World warbler that breeds in eastern North America and winters in southern Mexico, the Caribbean, and Central America.

This warbler was given the name “Worm-eating” because it feeds on caterpillars, which were traditionally referred to as “worms.” The species has not been observed extracting earthworms from the soil in the manner in which American Robins (Turdus migratorius) do.

Worm-eating Warblers breed in the interiors of deciduous and mixed forests, particularly on hillsides or slopes with dense understory plants. In the northern portion of their range, they inhabit forests of beech-maple, oak-hickory, hemlock, mountain laurel, and rhododendron.

The Eater of Worms Perhaps the most well-known feature of the warbler is its habit of hopping through the understory and probing into suspended dead leaves for food. This is its principal foraging approach on wintering grounds, although it is also used on breeding grounds, particularly before the leaves emerge in spring.

Distribution of the Worm-Eating Warbler in the USA

Breeds in southeastern Iowa, over the Ohio Valley, and into the Mid-Atlantic and southern New England states, with some populations extending into the southern states.