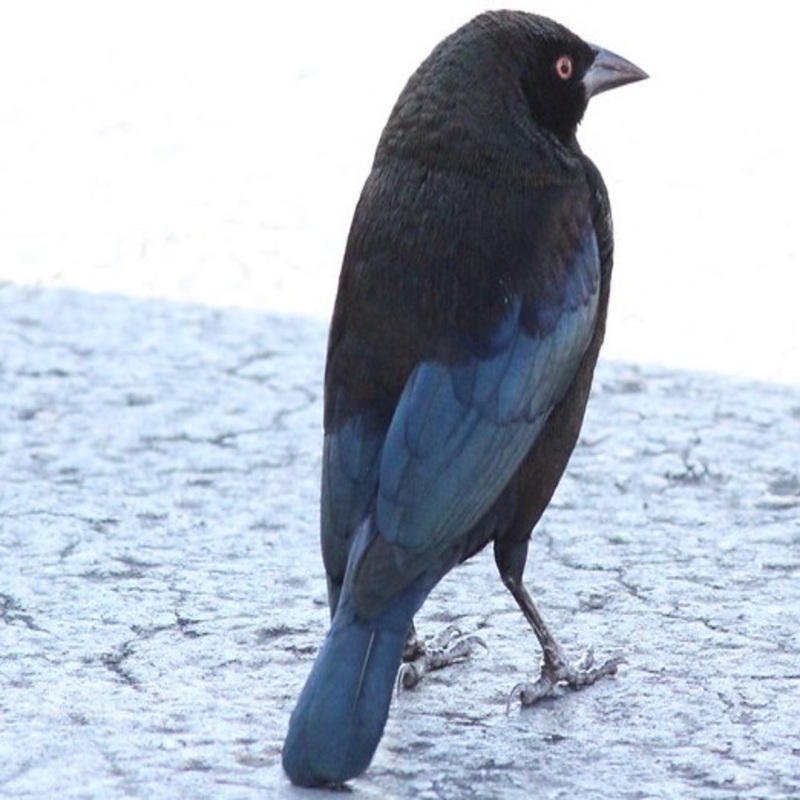 Bronzed cowbirds (formerly known as red-eyed cowbirds, Molothrus aeneus) are tiny icterids. The bronze-brown cowbird, which is limited to Colombia’s Caribbean coast, was formerly thought to be an isolated population. As is the case with other cowbirds, this species is an obligatory brood parasite, laying its eggs in other birds’ nests. The host parents feed the young cowbird at the expense of their own offspring.

Bronzed Cowbirds are mostly dark blackbirds with a large beak and curled upper jaw. Adults have a reddish tint to their eyes. Males are mostly black with shiny bluish wings. A dense ruff of feathers around the neck gives the illusion of having a humpback.

Bronzed Cowbirds feed on forbs and grass seeds, as well as some insects and other arthropods. Additionally, they ingest grains including milo, oats, maize, and rice. Bronzed Cowbirds browse on the ground, traveling quickly and stopping to pick up food with their bill, but they also remove grain from stalks, particularly milo.

Bronzed Cowbirds are social throughout the year, foraging, resting, and roosting in groups of up to 100 birds. Males outweigh females in the majority of such flocks. Their mating strategy appears to be promiscuous, with both males and females mating with several partners.

Distribution of the Bronzed Cowbird in the USA

Breeds from southern California through the southwestern United States, Louisiana, Texas, Oklahoma, and south through the majority of New Mexico and into Panama. For the winter, northern birds move south of their range and occasionally east down the Gulf Coast to Florida.