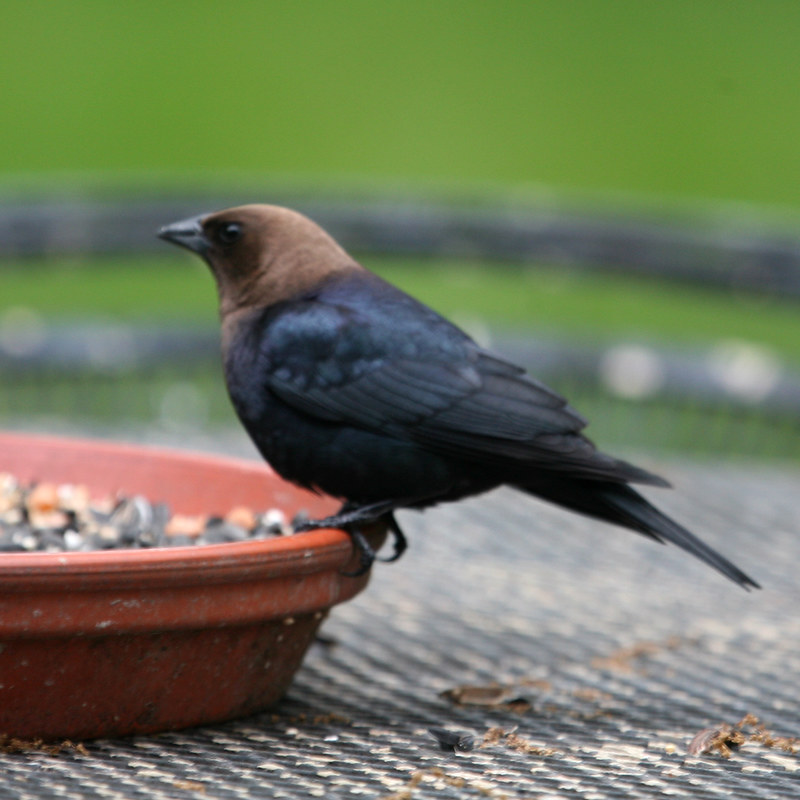 Small obligate brood parasite icterid from temperate and subtropical North America. Northern birds migrate to the southern United States and Mexico during the winter, returning to their summer home around March or April.

Brown-headed cowbirds search for food on the ground in grasslands. Insects from the grass are often stirred up by herds of animals, such as cows. Plants, including fruits and seeds, make up 75% of their diet. They eat spiders and arthropods like grasshoppers and leafhoppers. This helps females produce eggs by increasing calcium levels in their bodies. Females consume eggs to get additional calcium, but men do too. During the winter, they eat mostly grains.

Brown-headed cowbirds are sociable at night but alone by day. Mating happens at this period, usually in the pair’s home area, away from other birds. Morning lone females search for host nests. Brown-headed cowbirds feed in groups in the late afternoon. During the winter, they flock with other icterids and European starlings. Roosting populations can reach 38 million. The amount of displacements, song spreads, and flight whistles in a male’s repertoire establishes social order.

Distribution of the Brown-headed Cowbird in the USA

Breeds throughout a large section of Canada, from southern Yukon and the Northwest Territories to the southeastern United States. Winters in the middle and southern regions of its breeding range, which stretches from the Pacific Coast to the southwest, the Ohio River Valley, and southern New England, all the way to Mexico.