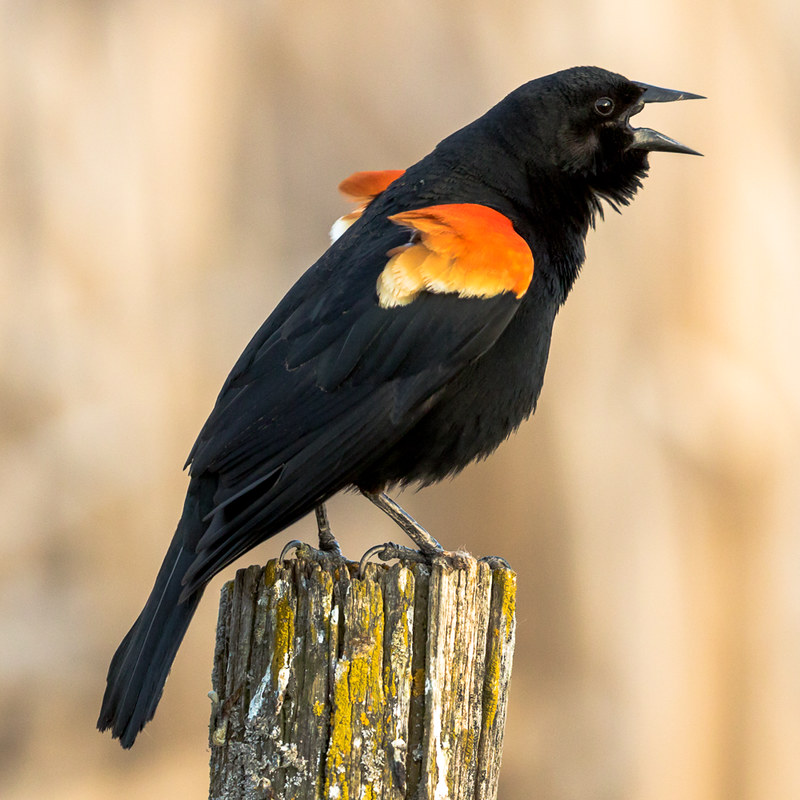 The red-winged blackbird, Agelaius phoeniceus is a passerine bird found in North and Central America. There are isolated populations in western El Salvador, northern Honduras and northwestern Costa Rica. Northern populations winter as far north as Pennsylvania and British Columbia, but migrate south to Mexico and the southern US. Wintering red-winged blackbird loose groups can number in excess of a million birds each flock, and the total number of breeding pairs over North and Central America may surpass 250 million in peak years. It’s also one of the world’s most studied wild birds.

Males are easily identifiable by their glossy black feathers and red and yellow epaulets on the shoulder. Pinkish females with black bands on their undersides. Females resemble big sparrows and have off-white brow patterns. Dark legs and claws on both sexes. Male red-winged blackbirds have a completely black beak, but females have a dark brown beak with a lighter brown underside. Males and females have angular beaks.

Distribution of the Red-winged Blackbird in the USA

Breeds from Alaska to Newfoundland, and south to northern Baja California, central Mexico, the Gulf of Mexico, and Florida. Winters in the northern United States, mostly in British Columbia, the Great Lakes, and Pennsylvania.