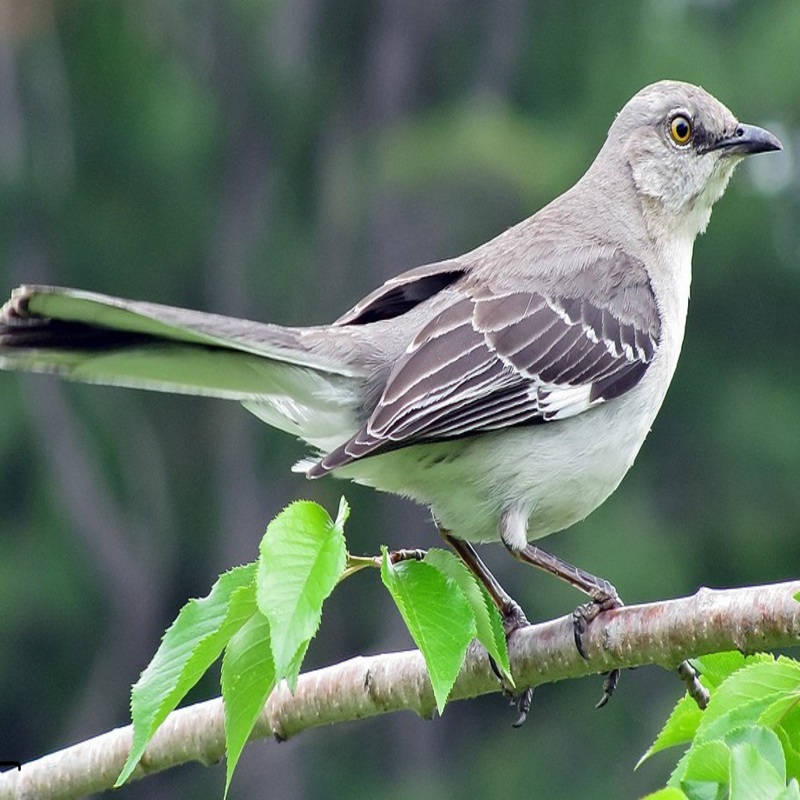 Northern mockingbirds have long legs, tails, and short, rounded wings. It has gray-brown upperparts with large white patches on each wing, and white outer retrices in flight. Their long black bills are decurved. Males and females look alike except for size differences and females’ slightly darker tail feathers. Adults are brown with brown spots on their underparts.

This species favors open areas and forest edges. Some common habitats include open grassy areas with thickets and brushy deserts.

Northern mockingbirds are renowned for their beautiful singing. This species has 39 songs and 50 call notes. Northern mockingbirds can also imitate sounds like a dog barking or bird songs. These species are also known to be loners. In defense of their territory, they often attack larger animals such as cats, dogs, and humans.

There are three recognized subspecies for the northern mockingbird namely: M. p. polyglottos generally found in the eastern portion of North America ranging from Nova Scotia to Nebraska, to as far south as Texas and Florida, M. p. leucopterus found in the western portion of North America ranging from northwestern Nebraska and western Texas to the Pacific Coast, and south to Mexico, M. p. orpheus from the Bahamas to the Greater Antilles also the Cayman and the Virgin Islands.

Distribution of the Northern mockingbird in the USA