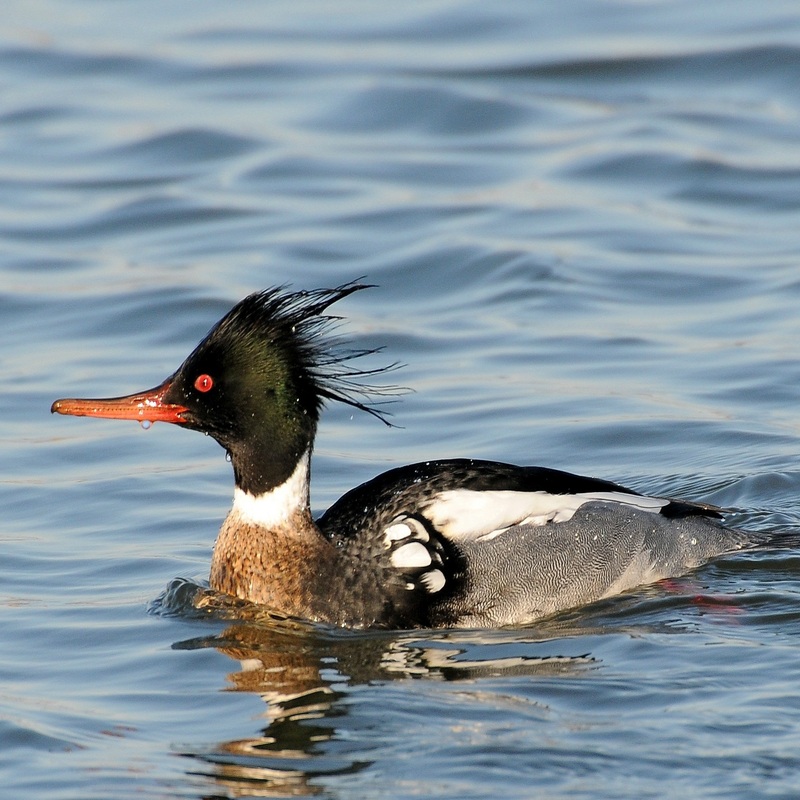 Mergus serrator, the red-breasted merganser, is a diving duck and a member of the sawbill family. The genus name is derived from a Latin term used by Pliny and other Roman authors to refer to an unknown waterbird, and serrator is derived from the Latin word serra, “saw.”

Red-breasted mergansers feed primarily on tiny fish (ten to fifteen centimeters in length) and crustaceans. Their food is often composed of about 75% small fish, with fewer than 25% crustaceans and other aquatic creatures, such as insects, worms, and amphibians.

Red-breasted Mergansers breed in boreal woodland wetlands that are often close to the shore. They breed in fresh, brackish, and saltwater wetlands. They use oceans, lakes, and rivers during migratory and wintering grounds. They prefer saltwater habitats, like estuaries and bays, above freshwater habitats.

They are active at all hours of the day. They fly quickly and efficiently and are adept at swimming and diving by propelling themselves forward with their feet. They are unable to walk properly due to their feet being so far back on the body. Mergansers with red breasts spend approximately 50% of their awake hour’s foraging.

Distribution of the Red-Breasted Merganser in the USA