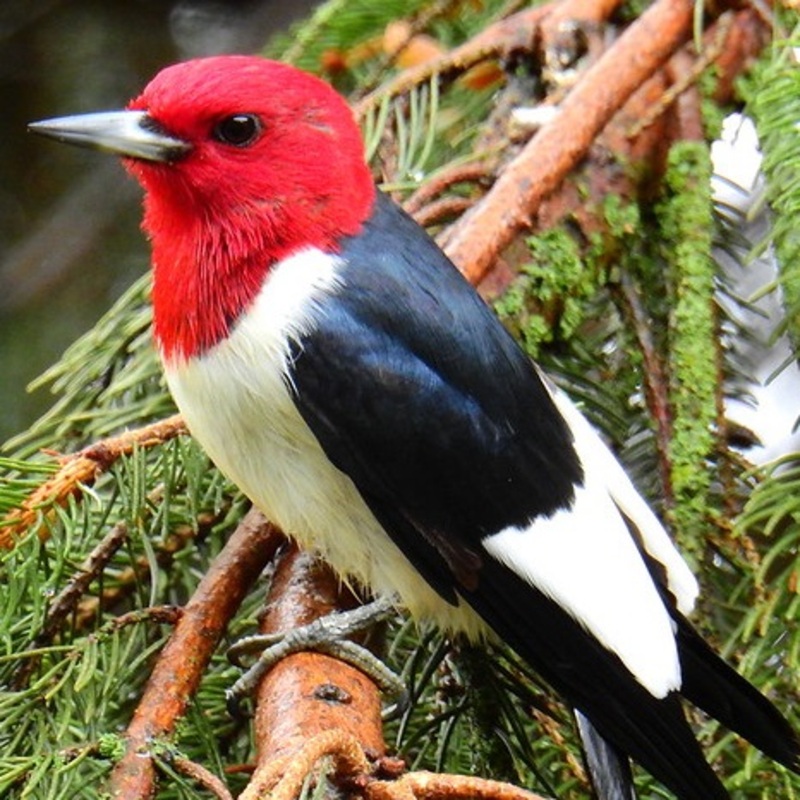 The red-headed woodpecker or Melanerpes erythrocephalus in Latin is a medium-sized woodpecker that can be found in temperate North America’s northern forests. Throughout southern Canada and the eastern-central United States, the open country serves as their breeding habitat. They belong to the Picidae family. It has been downlisted from the near-threatened status on the Red List of Endangered Species maintained by the International Union for Conservation of Nature (IUCN) and is now considered to be of least concern.

These woodpeckers are monomorphic. All of the above are bright red. Wings and tail are bluish-black, with large white squares on the rear of the wings and upper rump. The white on the wings makes them stand out when flying. Wings of immature birds have white patches. Immature red-headed woodpeckers have buffy-brown heads and necks that turn red after molting.

Distribution of the Red-headed woodpecker in the USA

Red-headed woodpeckers are found across most of North America. From the Rocky Mountains to the Atlantic Ocean, and from southern Ontario to Texas, the Gulf of Mexico, and Florida. This once common bird is now scattered across its range.