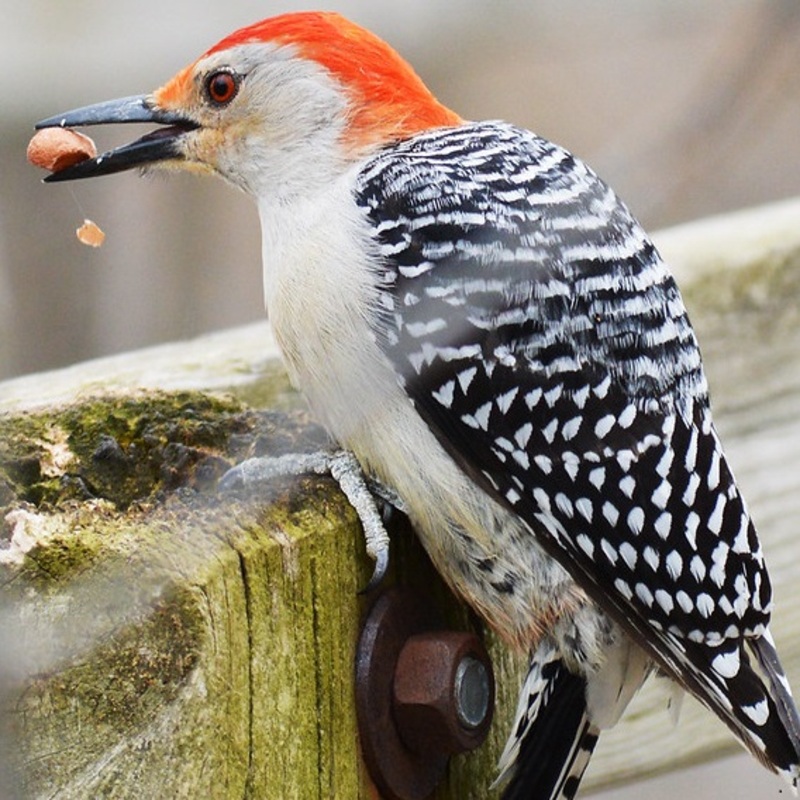 In the Picidae family, Melanerpes carolinus or commonly known as the red-bellied woodpecker is a medium-sized woodpecker with a red belly. The common name is a little misleading, as the most obvious red component of its plumage is found on the top of its head, the red-headed woodpecker, on the other hand, is a distinct species that is a close relative but has a completely different appearance.

Unlike other woodpeckers, red-bellied woodpeckers have black and white striped backs and wings. The belly is white with a red tinge, as is the neck, chest, and rump. The white feathers on this bird’s belly hide the faint reddish tint on its belly, making identification tricky.

It forages in trees for acorns, insects, and fruits, using its long, barbed, and sticky tongue with powerful beak to chip away at the bark of trees to reveal insects that are lurking beneath the bark. During the winter, sunflower seeds and suet are frequently found at bird feeders.

Bird of forests, woodlands, parks, and suburban settings, and a frequent visitor to bird feeders in yards and yards of friends and family. The population of this species in its eastern North American distribution appears to be stable.

Red-bellied woodpeckers make rolling “chirr” or “qurr” sounds when they communicate. They also make a “cha-cha-cha” sound that is repeated and twangy.

If there are any, othwise, delete this section

Distribution of the Red-bellied woodpecker in the USA

A native of North America and the Bahamas, this bird can live on plantations, in rural and urban regions. It breeds primarily in th eastern United States, with populations spanning from Florida to Canada and as far as north as Alaska.