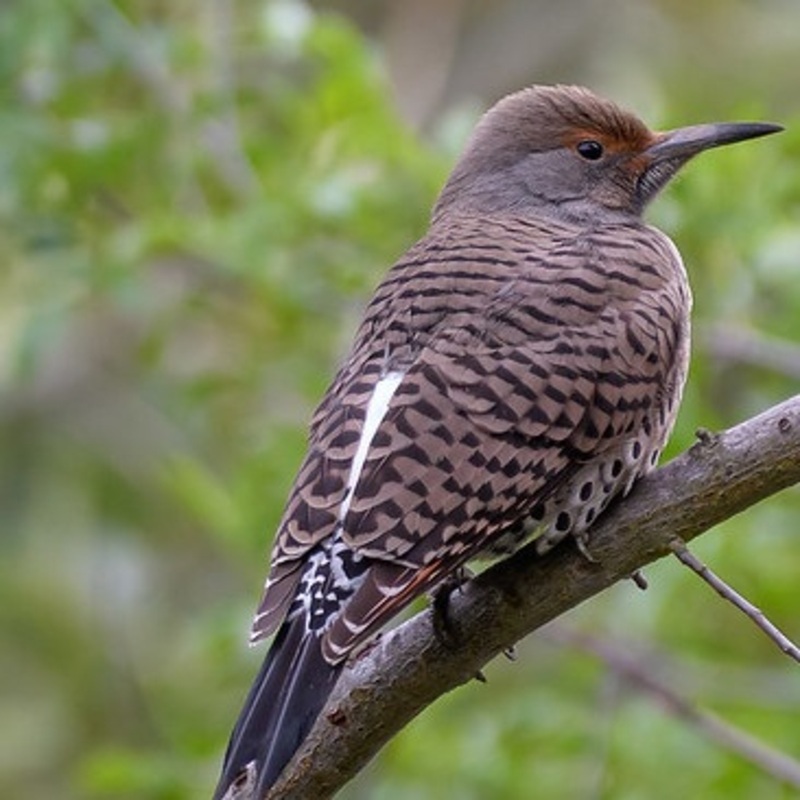 Colaptes auratus or commonly known as the northern flicker also known as the common flicker is a medium-sized bird belonging to the woodpecker family that can be found in North America. Originally from North America, it is now found throughout the continent, as well as parts of Central America, Cuba, and the Cayman Islands. It is one of the few woodpecker species that migrate. They belong to the Picidae family.

Their main food is ants. They also eat grasshoppers, crickets, termites, wasps, aphids, beetles, caterpillars, and spiders. Weed seeds, acorns, and other nut kernels are also important foods. Fruit makes up more than half of their diet in the fall and winter.

This woodpecker inhabits wooded areas with dead trees. Agri-land and residential areas also have them.

It is known by more than 100 common names, including yellowhammer (not to be confused with the Eurasian yellowhammer), clape, gaffer woodpecker, harry-wicket, heigh-ho, wake-up, walk-up, wick-up, yarrup, and gawker bird. Numerous names for this species are derived from unsuccessful attempts to mimic some of its calls.

Distribution of the Northern flicker in the USA

This woodpecker ranges from Alaska to Quebec, then south across the United States. Northern Flickers migrate south and winter in northern Mexico. These woodpeckers can also be found in Grand Cayman, Cuba, and the highlands of Nicaragua.